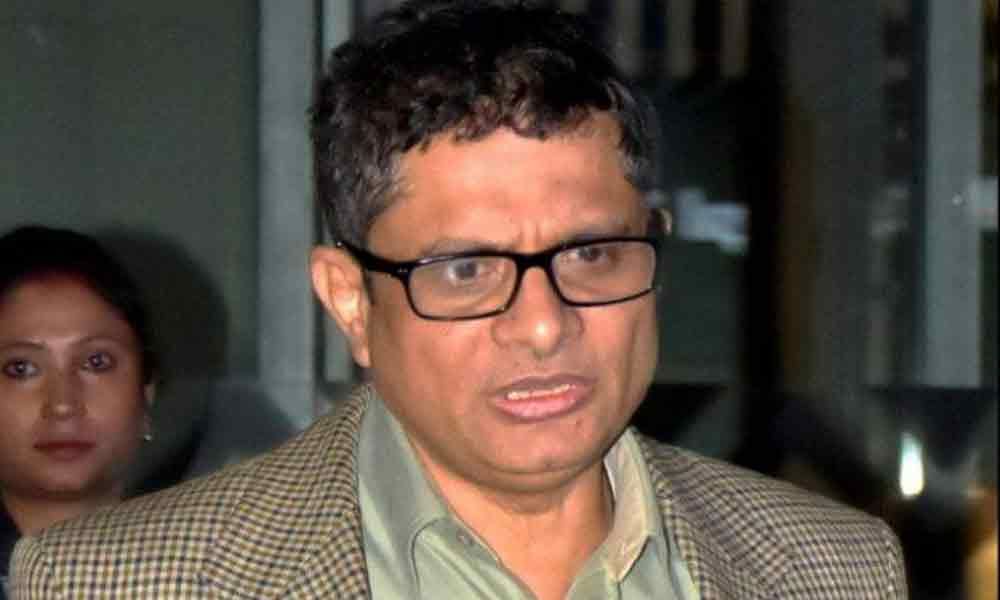 The CBI moved the court of Justice Shivakant Prasad seeking that the hearing, scheduled to be held on July 2, be advanced.

The CBI moved the court of Justice Shivakant Prasad seeking that the hearing, scheduled to be held on July 2, be advanced.

Its counsel submitted that early disposal of Kumar's application would help in expediting investigation into the multi-crore scam.

Justice Prasad, however, refused to advance hearing in the case and said that it would be held on July 2 as fixed earlier.

The high court had on June 12 scheduled the hearing of the petition filed by Kumar, now the West Bengal CID Additional Director General, after the CBI lawyer raised the matter before it.

A vacation bench of the high court had, on May 30, granted protection from arrest and any coercive action to Kumar till July 10 in the case.

The court had granted the police officer a month's protection from June 10, the day of reopening of the court after the summer break, and directed Kumar to deposit his passport within 24 hours of the passing of the order.

He was also asked to cooperate with the CBI probe into the multi-crore-rupee case.

The court had ordered the central probe agency to send a designated officer to Kumar's residence every day at 4 pm to record his attendance.

Vacation court judge Protik Prakash Banerjee had directed that the petition would come up before a regular bench on June 12 after the court reopened.

Kumar moved the high court seeking quashing of the CBI notice served on him over alleged suppression of facts in the Saradha case.

The CBI had served the notice on Kumar, asking him to appear before it for assisting in the probe into the case.

The Supreme Court had, on May 17, withdrawn the protection from arrest to Kumar, which it had granted earlier.

A vacation bench of the apex court, headed by Justice Arun Mishra, had said Kumar could approach the Calcutta High Court or a trial court here for seeking relief in the case.

Kumar, who was appointed the Commissioner of Police at the Bidhan Nagar Police Commissionerate in 2012, had served as the head of the state-appointed Special Investigation Team (SIT), which probed the chit fund scams before the CBI took over.

The central agency had, in April, told the Supreme Court that Kumar's custodial interrogation was necessary as he was not cooperating in the probe.

As part of the Rs 2,500-crore scam, the Saradha group of companies duped lakhs of customers, promising higher rates of returns on their investments, the CBI had said.