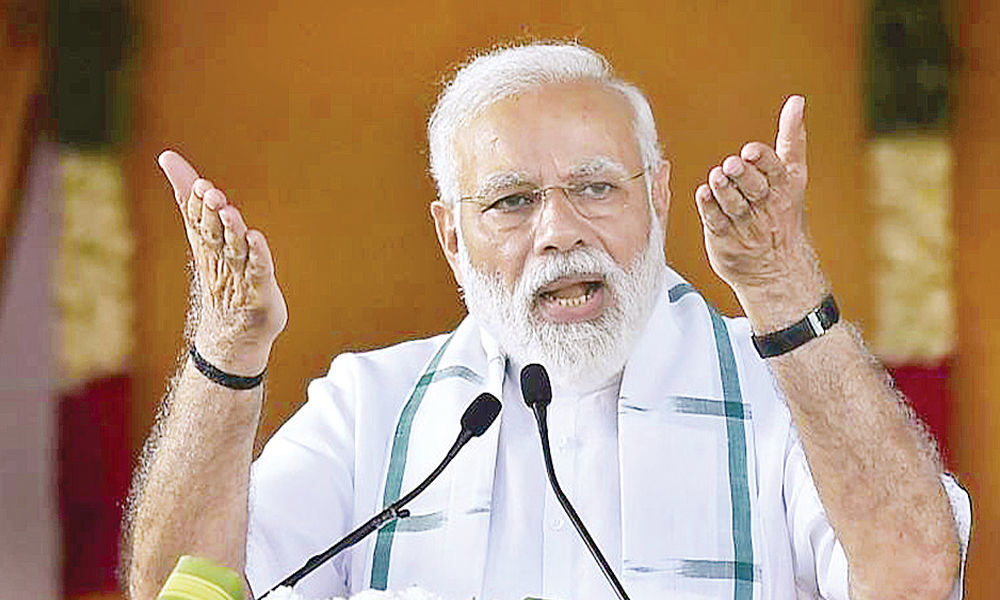 Prime Minister Narendra Modi on Friday tore into Congress leader Sam Pitroda, a close aide of Rahul Gandhi, over his comments questioning the impact of the Balakot airstrike

Narendra Modi,Prime Minister Narendra Modi on Friday tore into Congress leader Sam Pitroda, a close aide of Rahul Gandhi, over his comments questioning the impact of the Balakot airstrike.

The Opposition "is the natural habitat of terror apologists" and "insults our forces time and again", the Prime Minister tweeted.

"The most trusted advisor and guide of the Congress president has kick-started the Pakistan National Day celebrations on behalf of the Congress, ironically by demeaning India's armed forces. Shame," the PM tweeted on the comments of Sam Pitroda, who heads the Congress's overseas unit and is part of the party's manifesto committee.

Commenting on the figure in circulation of "300" terrorists being killed by the Indian Air Force strikes on a terror camp in Balakot on February 26, Pitroda had said: "Give me more facts and prove it.

" He had also questioned whether "blaming every citizen" of Pakistan was the right way to respond to attacks like Pulwama. "Eight people (26/11 terrorists) come and do something, you don't jump on the entire nation (Pakistan).

Naive to assume that just because some people came here and attacked, every citizen of that nation is to be blamed. I don't believe in that way," said Pitroda.

Pitroda made the comments in a detailed interview to news agency ANI, with a disclaimer that the views were not the party's but his own, as a citizen.

On whether talks with Pakistan were an option after the Pulwama attack in which 40 soldiers were killed, he said: "I don't know much about (Pulwama) attack, it happens all the time, attack happened in Mumbai Taj hotel and Oberoi hotel.

We could have reacted then and sent our planes but that is not the right approach... according to me, that's not how you deal with the world." Referring to questions raised by critics on Balakot, Pitroda said: "We cannot be emotional.

Data has to be neutral. So you come in today and say 'I killed 300 people' and I say wait a minute, the world is saying we didn't kill anybody or kill less or kill more… I don't know." Modi also rebutted a comment by Samajwadi Party leader Ram Gopal Yadav insinuating a "conspiracy" behind the Pulwama attack.

"Opposition is the natural habitat of terror apologists and questioners of our armed forces.

This reprehensible statement by a senior leader like Ram Gopal Ji insults all those who have given their lives in protecting Kashmir. It humiliates the families of our martyrs," Modi tweeted.