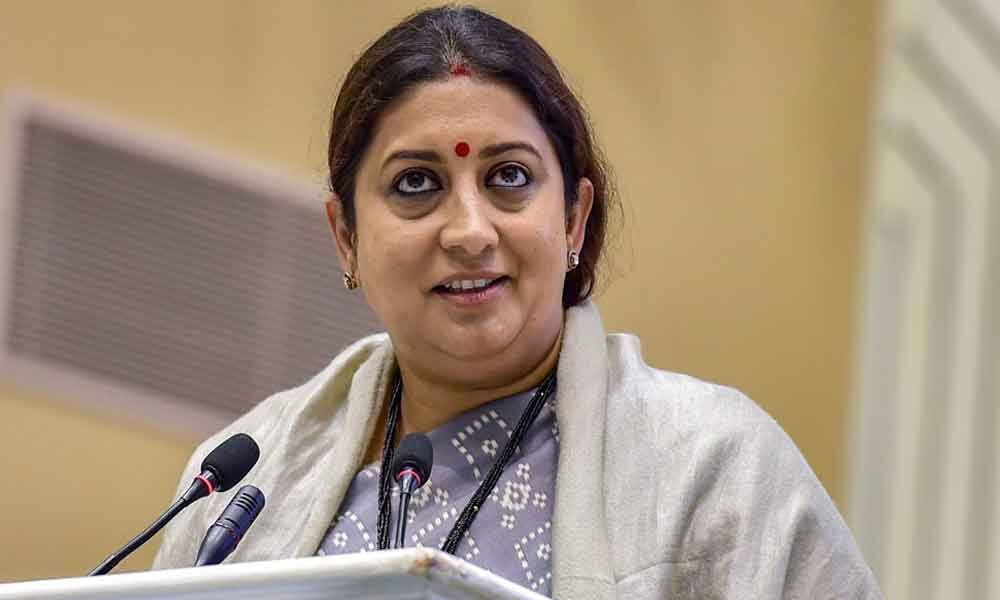 Irani lashed out at the Congress leader for his recent comments on the BJP's top leadership.

Amethi: Union Textile Minister Smriti Irani attacked the Congress on Saturday, saying the party had cheated the people of Amethi for 55 years.

"Ram's 'vanvas' (exile) ended in 14 years, but Amethi's vanvas is going to end after 15 years. The people of Amethi are going to bid farewell to the 'naamdar' (dynast) on May 6 (polling day). The congress cheated the people for 55 years," Irani told newspersons on the third day of her visit here. "Naamdars took the vote of Amethi for fruits of power, but did not think of the development here," she said.

Irani lashed out at the Congress leader for his recent comments on the BJP's top leadership. "Only those who do not have values throw muck on others," she said, referring to Gandhi's comments on BJP patriarch L K Advani, saying the senior leader had been unceremoniously sidelined.

Lamenting that the people of Amethi lack basic amenities even after 70 years of Independence, Irani said farmers still do not get water for irrigation.

Later, she met Sant Fakkad Baba at the Kalikan Dham and sought his blessings. Interacting with other devotees, Irani said she has adopted Amethi as her home which she will never leave and the people here have given her the honour of 'didi'.