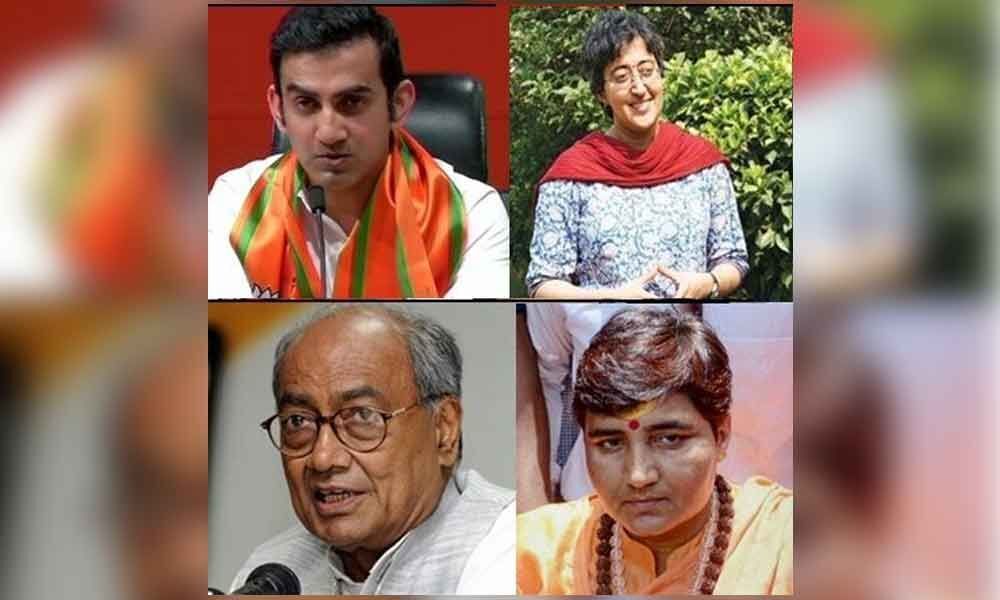 New Delhi: The penultimate round of seven-phase Lok Sabha elections on May 12 will witness voting in 59 seats across seven states, among them being the national capital where the fate of candidates on all seven seats will be sealed in the EVMs.

State-wise, the elections will be held in 14 seats in Uttar Pradesh, 10 in Haryana, eight each in Bihar, Madhya Pradesh and West Bengal, seven seats in Delhi and four in Jharkhand.

In 2014, the BJP had won 45 of these 59 seats, the Trinamool Congress 8, the Congress two and the Samajwadi Party and the LJP one seat each among others.

Delhi: 7 LS seats All seven parliamentary constituencies in Delhi will go to polls on Sunday.

As many as 164 candidates are in fray in the polls, which are largely been seen as a three-way contest among the BJP, Congress and AAP.

Of the 14 constituencies going to polls in the state, the BJP had won 13 in 2014 with Azamgarh being the only exception from where SP patron Mulayam Singh Yadav had been victorious.

In the 2014 Lok Sabha polls, the BJP had contested in eight seats and won seven while the saffron party's then ally HJC had fought two but losing both and INLD winning two seats and Congress one.

West Bengal: 8 LS seats The polls in this phase will cover Jangal Mahal - the forested region of Bankura, West Midnapore, Jhargram and Purulia districts which used to be a Maoist hotbed during the erstwhile Left Front regime.

Elections will be held in Tamluk, Kanthi, Ghatal, Jhargram (ST), Medinipur, Purulia, Bankura and Bishnupur (SC). All these seats were won by the TMC in 2014.

Jharkhand: 4 LS seats A total 66,85,401 voters of Giridih, Dhanbad, Jamshedpur and Singhbhum (ST) constituencies are eligible to decide the fate of 67 candidates in Sunday's election.

The JMM and the Congress are part of the Mahagathbandhan (grand alliance) in Jharkhand. Polling for the first two phases in the state were held on April 29 and May 6. The last phase will be conducted on May 19.

Bihar: 8 LS seats Eight seats in Bihar will go to polls on Sunday. All of these were won by the NDA in 2014.

While Ram Vilas Paswan's LJP holds the Vaishali seat, the remaining were won by the BJP. Union Agriculture Minister Radha Mohan Singh is in the fray.

While seven of these seats were won by the BJP in 2014, the Guna constituency was won by the Congress. Guna would seal the fate of Congress candidate Jyotiraditya Scindia.

Union minister and BJP nominee Narendra Singh Tomar is in the fray from Morena. With just one more round to go for the Lok Sabha elections to conclude, all focus is now on May 23 when the votes will be counted.