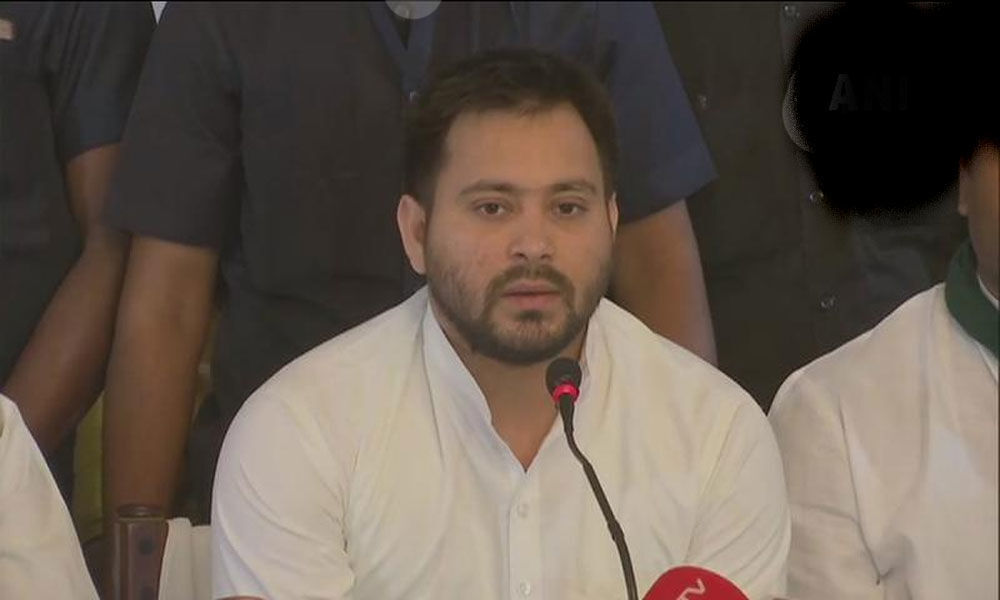 'Hope the DNA episode were discussed. And explanations offered that the words had been uttered unwittingly,' RJD leader Tejashwi said.

Patna: The opposition RJD in Bihar on Tuesday took potshots at Narendra Modi and Nitish Kumar, who shared stage at an election rally at Gaya, wondering whether the prime minister privately expressed regret to the chief minister over the infamous "DNA" remark.

"Hope the DNA episode were discussed. And explanations offered that the words had been uttered unwittingly," RJD leader Tejashwi Yadav told reporters, when asked what he thought of the rally where PM Modi, Kumar and Union minister Ram Vilas Paswan put up a joint show of strength for the NDA.

Yadav was referring to PM Modi's remarks made during the 2015 assembly polls, which the RJD fought in alliance with Kumar's JD(U) besides the Congress.

PM Modi, whose projection as the prime ministerial candidate by the BJP had led Kumar to snap JD(U)'s 17-year-old ties with the BJP, had attacked Kumar over the removal of Jitan Ram Manjhi as the chief minister.

He had also quipped that the manner in which "a Mahadalit was insulted" indicated that there was "something wrong with the political DNA" of the JD(U) leader.

Kumar had taken strong exception to the remark, insisting that it was tantamount to insulting the entire population of Bihar.

The bitter rivalry between the two leaders, however, took a back seat over time and Kumar returned to the NDA in 2017 after ending his short-lived alliance with the RJD over the issue of corruption allegations against Tejashwi Yadav, who was then the deputy chief minister.

At the Gaya rally, they showered praises on each other. PM Modi lauded Kumar for getting all villages across Bihar electrified and said, "I can say from experience (as Gujarat chief minister) that this is no mean feat".

Kumar thanked the Modi government for extending full cooperation for the state's development including a Rs. 50,000 crore aid for building roads. He also urged the people of the state to vote in large numbers for the NDA and help Modi return to power.

Tejashwi Yadav, however, maintained that PM Modi's promises like generous central assistance for development of Gaya a renowned Hindu and Buddhist pilgrimage town into a tourist spot where the footfall would exceed that at the Taj Mahal in Agra were far from being realised.

Interestingly, Manjhi who had been at the centre of the ''DNA episode'' left the NDA last year and is now a part of the "Mahagathbandhan" led by the RJD and comprising the Congress, Upendra Kushwaha's RLSP and Mukesh Sahni's VIP.

The former Bihar chief minister who floated Hindustani Awam Morcha (HAM) after quitting JD(U), is the Mahagathbandhan candidate from Gaya.

Not known for being active on Twitter, the HAM president took to the micro-blogging site accusing the prime minister of pursuing "politics of hate".

"You are welcome to the holy city of Gaya. This land has been made pure by luminaries like Buddha and Mahavira. Your politics of hate will find no takers here," tweeted Manjhi. Manjhi's message came in reply to a tweet from Modi earlier in the day in which the prime minister had mentioned that he would be holding two rallies in Bihar - at Jamui followed by Gaya.