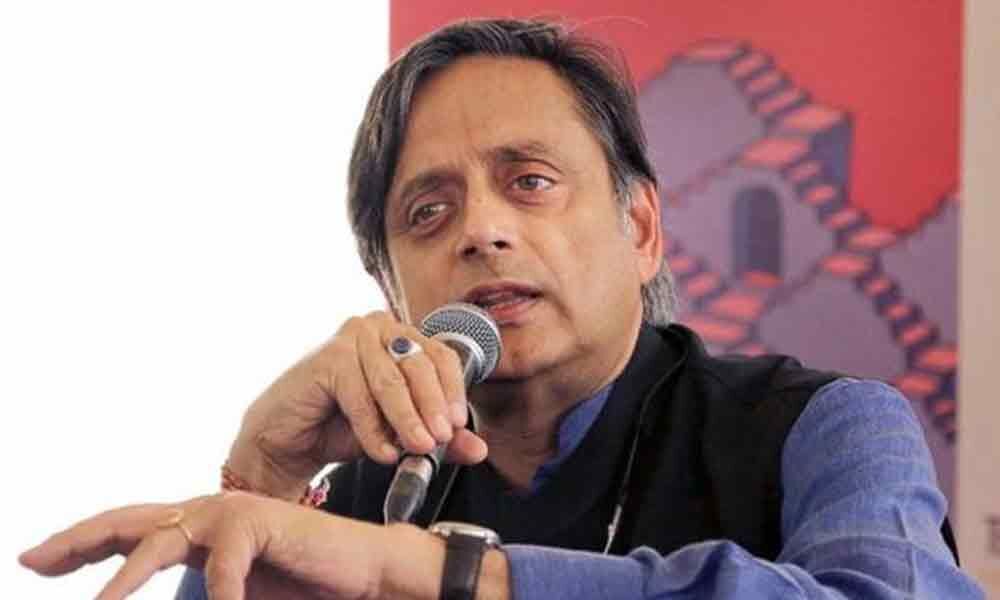 The Union Budget has "unnecessarily defensive strokes, drop catches and quite a few no balls", Congress leader Shashi Tharoor said in Lok Sabha on Monday

New Delhi :The Union Budget has "unnecessarily defensive strokes, drop catches and quite a few no balls", Congress leader Shashi Tharoor said in Lok Sabha on Monday, slamming the government for allegedly not addressing key issues facing the economy, including farm distress, and raising fuel prices.

Tharoor, who was initiating discussion on the Union Budget for 2019-20 in Lok Sabha, used cricket analogy to target the Centre.

"Since cricket is on our minds these days with World Cup semi-final tomorrow, let me say that instead of boundaries we expected in this first budget after the elections, what we have are unnecessarily defensive strokes, drop catches and quite a few no balls and wide," the Congress leader said.

He said the budget was characterised by "mediocre set of announcements, distinctive misses, defining silences of matter of substance".

"We were left with a sort of 'trishanku' budget, neither here nor there," he said. There was hardly any mention of country's GDP growth rate, he said, adding that the word 'GDP' came up only once.

"Hastily and ill thought through demonetisation bears the large share of responsibility for shutting down lakhs of small and micro enterprises, throwing many more lakhs of people out of work," he alleged.