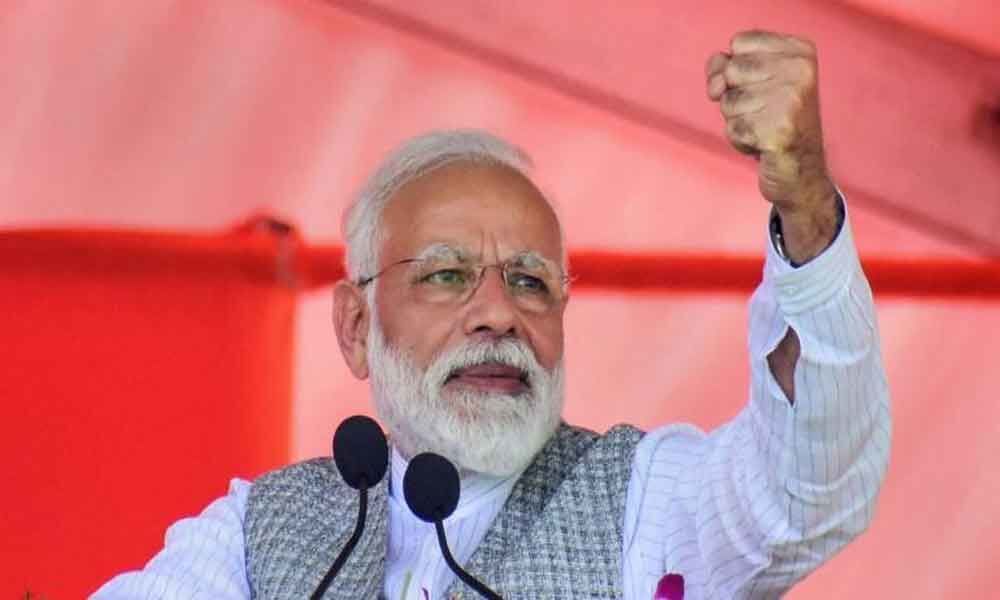 Modi said those who have been levelling false allegations have found themselves in the dock.

Kendrapara: Prime Minister Narendra Modi Tuesday asserted that the Congress and opposition parties are spending sleepless nights as the 'lahar' (wave) for the BJP has become a 'lalkar' (challenge) for them after the first two phases of elections.

Addressing a rally here, Modi urged the people of Odisha to press the lotus symbol button with both hands, one for the Lok Sabha elections and the other for Assembly polls. "Lahar nehin ye lalkar hai, Phir ek bar Modi sarkar hai (this is not a wave but a challenge, once again Modi government will be formed). I haven't received so much adulation and love even in 2014," he said, claiming that the response in the first two phase of polls indicate that people are favouring BJP over other parties.

Emphasising that not a single charge of corruption has surfaced against the BJP-led government in the past five years, Modi said those who have been levelling false allegations have found themselves in the dock. "Voters are now teaching those liars a lesson. The Congress and other opposition parties are now in a state of shock. They are trying to find new excuses to target and abuse me," the prime minister said.

He appealed to the people to vote for a BJP government in the state, which can work in tandem with the Centre. "The Patnaik-led BJD is only bothered about grabbing power, development has never figured its list of priorities. "The people of Odisha will bid the BJD government farewell, they are wiser than the politicians who have been ruling the state. Naveen babu, it's time for you to go," Modi added. Voting is underway in six paliamentary constituencies and 42 assembly seats in Odisha.