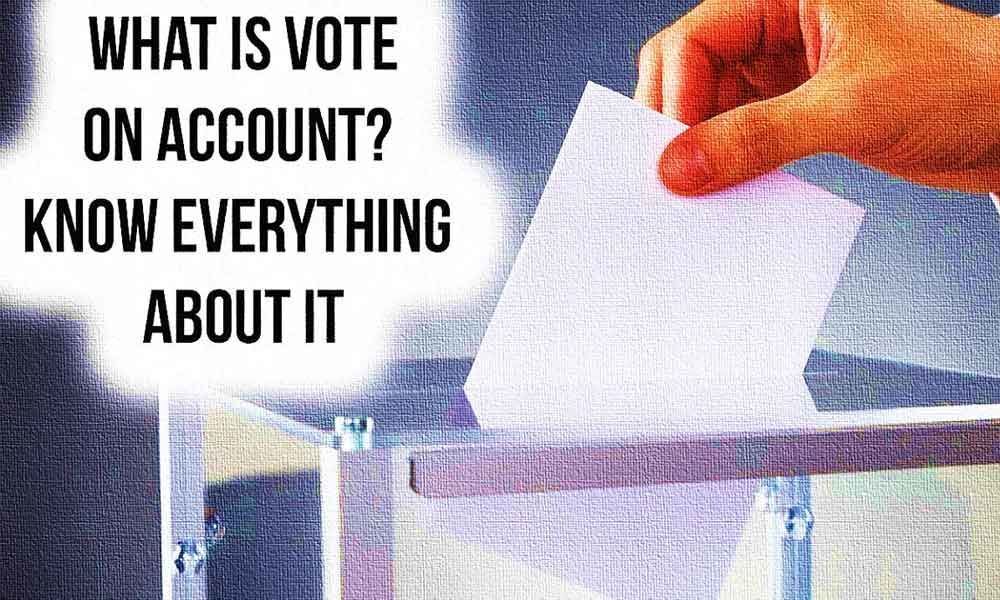 Under Article 112 of Indian Constitution, the government has to present an annual financial statement in Parliament every year.

Under Article 112 of Indian Constitution, the government has to present an annual financial statement in Parliament every year. There is an annual income-expenditure account. This is called budget itself. In the Constitution, the budget word is not mentioned. In our country, the budget is presented for the full fiscal year which is valid for the first year from March 31 next year. There has been a tradition of presenting the budget in the country in February, but due to the elections, there has to be some modification in it too.

For the last few years, the Lok Sabha elections have been held in April-May, the government is not in a position to present a full budget at that time, but it has to be arranged to meet government expenditure so that till the new government comes Keep all the arrangements going smoothly. There are also political and moral implications of this. Because the government does not have the mandate to govern the whole year, it has to avoid giving full year financial details. In such a situation, the government offers a vote-on-account to spend a few months instead of presenting the full budget. It is also called a mini budget in accounting demand, interim budget and common language.

This is the provision in Article 116 of the Constitution. The government does not make any new taxes in this. In any case, Article 265 of the Constitution clearly states that no tax can be imposed without the authority of law. So in the interim budget, the government provides allotment of departmental allocation to the Parliament for the sake of spending a few months. In this way, the government takes grants in advance before the full budget comes.

It is important to understand here that the inequality is different from the demands of grant and the supplementary demands of the grant. Article 115 of the Constitution provides supplementary demands for grants. In fact, when the amount drawn from the appropriation is not sufficient for any work, then the government holds the demand for grants to fulfill the work or start a new job in front of Parliament.

Whatever Government of India receives, receives a loan or receives payment of loan, the entire money should be deposited in this fund. Such funds are also for states. None of the money from this fund can be withdrawn without appropriation.

Well, those expenses are directly funded by India, they do not need to vote in Parliament. Parliament approval is necessary for the rest of the expenditure. It has been given in Article 113 of the Constitution.