Why didn't Mahagathbandhan raise issue of lawlessness in western UP during their rule: Yogi 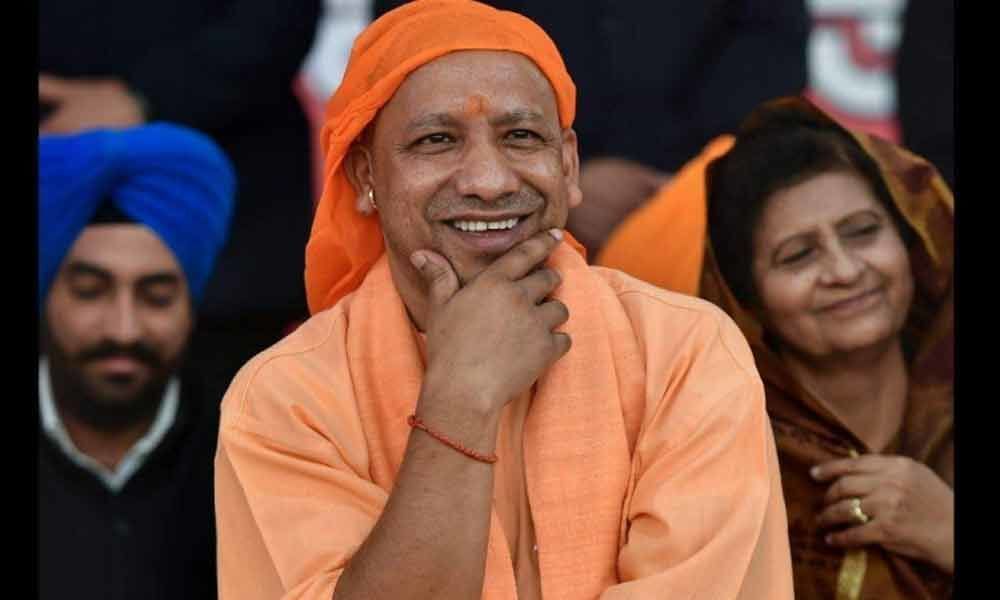 Adityanath said it is "laughable" that the leaders of the grand alliance were eyeing the prime minister's post.

LUCKNOW: Uttar Pradesh Chief Minister Yogi Adityanath Monday said the opposition grand alliance is a result of the frustration of its constituents -- BSP, SP and RLD -- as they faced defeat in the last general election.

He alleged that the alliance members are resorting to telling lies instead of raising real issues like riots and lawlessness during their rule.

The chief minister also asserted that the voters will reject the anti-BJP alliance comprising the Bahujan Samaj Party, the Samajwadi Party and the Rashtriya Lok Dal.

"The frustration of defeat (in the previous elections) has prompted them to forge an alliance. The public will not accept them. In 2014 Lok Sabha elections and in 2017 UP Assembly elections, they were badly defeated," Adityanath said.

"The rally at Deoband exhibited this frustration. I was amazed that the leaders at the rally, be it Mayawati, Akhilesh or Ajit Singh, did not raise the issue of riots in western Uttar Pradesh," he said.

On Sunday, the alliance held its first joint rally in Saharanpur's Deoband, where its leaders not only slammed the BJP but also castigated the Congress for allegedly trying to divide votes.

"Why did they not raise the issue of anarchy and lawlessness in western UP during their rule?" Adityanath asked.

"The farmers who were not given electricity during the BSP-SP rule in the name of dark zone, the non-payment of dues to sugarcane farmers, why were these points not touched upon by the leaders in the rally. All these facts indicate that their focus is not on the real issues," he alleged.

He further said, "Why was there no discussion on Muzaffarnagar riots? Where were the people of SP, BSP, RLD or the Congress then? It is sad that they do not have the guts to place the facts before the public. To save their existence, these parties are resorting to lies. The people very well know who can ensure prosperity and security for the country," the chief minister asserted.

The BSP and the RLD could not win any seats in the 2014 general election and they would meet the same fate this year, Adityanath claimed.

Hitting out at the SP, he said the party had managed to bag five seats by indulging in 'fareb' and 'hera pheri' (cheating) but it was facing difficulties this time.

Adityanath rejected allegations that the BJP has been intoxicated by power.

"We are not intoxicated by power. We are concerned about the betterment of the poor, marginalised, oppressed, farmers, women, those living in villages and every section of society. We believe in 'Sabka Saath, Sabka Vikas' (together with all, development for all)," he said.

Responding to BSP chief Mayawati's "irresponsible chowkidari" remarks, Adityanath said, "The entire country is rallying behind Prime Minister Narendra Modi and there is no alternative to Modiji." Mayawati made the remarks last month after the Centre told the Supreme Court that documents related to the Rafale fighter jet deal with France had been stolen.

In a dig at Prime Minister Narendra Modi's self-designated 'chowkidar' (watchman) tag, she had said it was an instance of "irresponsible chowkidari".

Adityanath said it is "laughable" that the leaders of the grand alliance were eyeing the prime minister's post.

"Those who are contesting on 38 and 37 seats, are dreaming of the PM's post. Nothing can be more laughable than this. For any party or alliance, it is imperative to get at least 272 Lok Sabha seats to claim the PM's post," Adityanath said, referring to the seat sharing pact of the grand alliance.

Last week, hinting at her prime ministerial ambition, Mayawati had said she would use the experience she has gained as UP chief minister to give the "best government" at the Centre "if we get an opportunity".

"Mayawati had the opportunity of being the chief minister. How many persons were given employment by her?" he asked.

The chief minister alleged that Mayawati had forgotten Kanshiram, the founder of the BSP, and had no concern for the poor.

"Those who had plundered the resources of the state are commenting on the Rs 6,000 given to farmers annually by the NDA government," Adityanath said.

"How come Mayawati forgot that 21 sugarmills were sold at throwaway prices during her tenure and now the case is pending in the Supreme Court," he said.

"The sugarmills, which were forcibly closed down (at the behest of mafia) during the period when the SP, BSP and RLD were in power, have been made functional by us," he added.

Adityanath dared to the Opposition to compare the work done by the erstwhile central governments with that of the BJP-led NDA.

"We are throwing an open challenge to (the Opposition to) compare 55 years with 55 months. Why are they hesitating from (having) a discussion on this? They foresee defeat and hence they are making efforts to put the blame on the EVMs," he said.

Polling for the 80 Lok Sabha constituencies in Uttar Pradesh will be held in seven phases from April 11 to May 19.

Results will be announced on May 23.