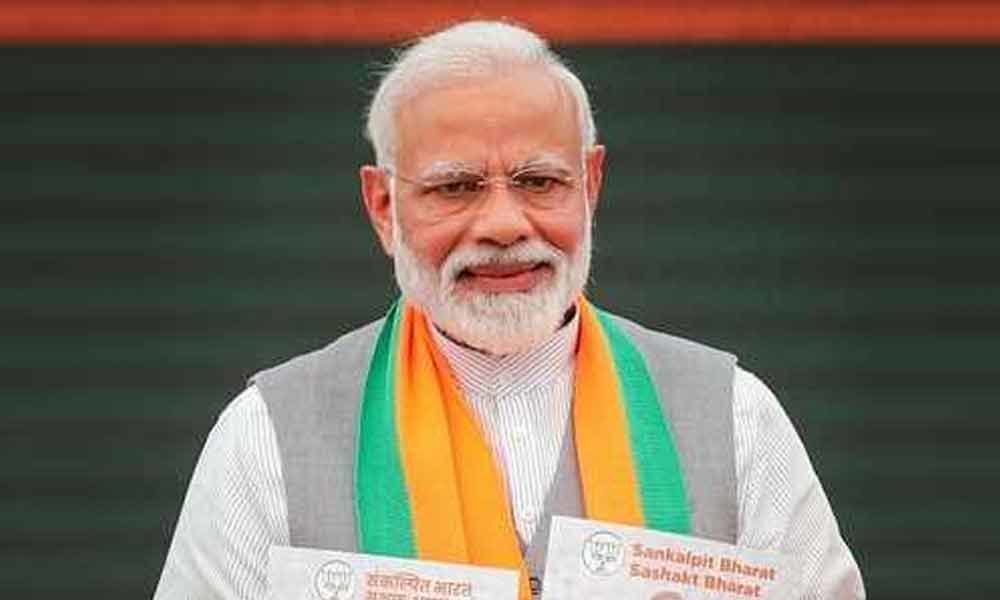 "We are committed to further revise the tax slabs and the tax benefits to ensure more cash and greater purchasing power in the hands of our middle income families," the BJP said in its election manifesto released on Monday.

On the tax policies, BJP said, "Our economic policy has been guided by the principle of lowering the tax rate and improving compliance; thereby broadening of the tax base. With improved compliance and increased tax base, the tax to GDP ratio has reached 12 per cent, highest in the recent past, up from 10.1 per cent in 2013-14."

The seven-phase general election starts on April 11. Votes will be counted on May 23.

Prime Minister Narendra Modi-led BJP is widely expected to win but with a smaller mandate, mainly due to a shortage of jobs and weak farm prices.