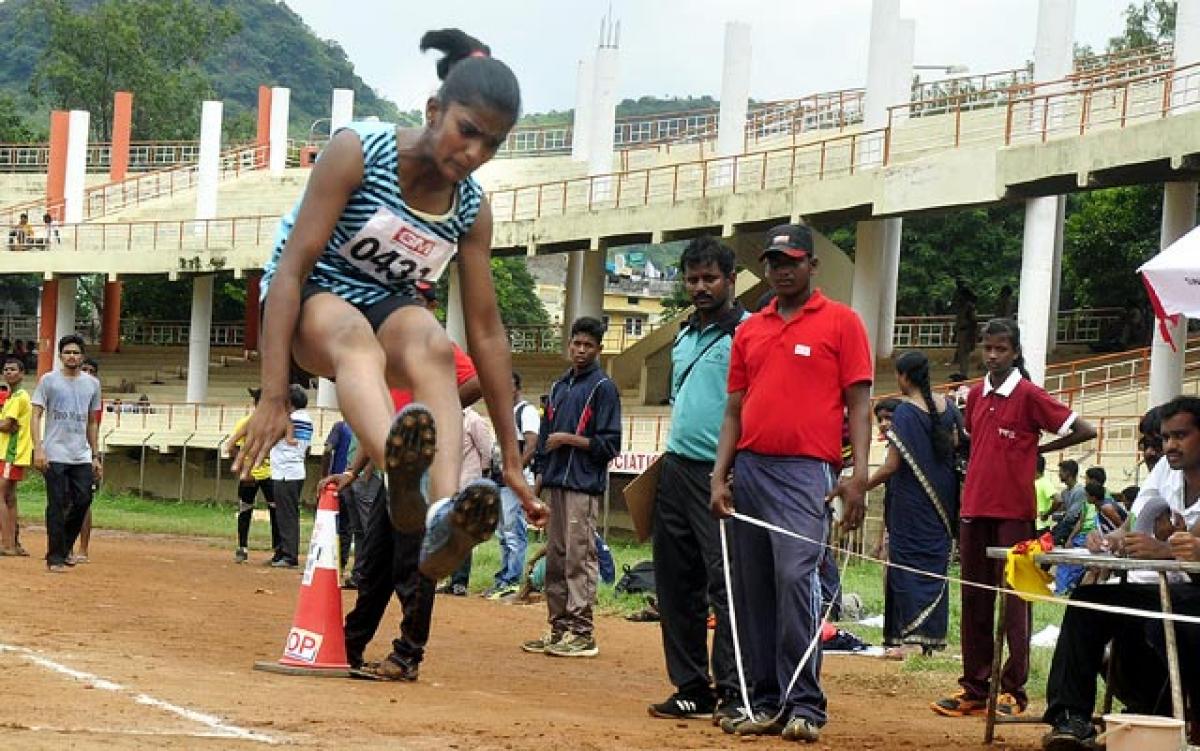 Girls from Krishna district took the spotlight on the inaugural day of the third Rayapati Leela Kumari Memorial AP Junior Inter district Athletic Championship being conducted at Indira Gandhi Municipal Corporation (IGMC) Stadium in the city. In the boys section Visakhapatnam and Srikakulam athletes were ahead.

The domination of the Krishna girls was such that they swept the Under-16 shot put with I Pooja, C Sushma and K Sangeetha clinching the first three spots with effortless ease. An ecore was achieved in the 100 metres dash. Earlier, the meet was inaugurated by Sports Authority of Andhra Pradesh (SAAP) Vice-Chairman and Managing Director G Rekha Rani.

She p[ointe dout that 70 mandal stadiums would be inaugurated next month. The government is constructing mini stadiums as part of its sports policy. The IGMC Stadium will boast of a synthetic track next year. SAAP OSD P Rama Krishna, DSDO Md Sirajuddin and AP Athletics Association Secretary AV Raghavendra, athletics coach DNV Vinayaka Prasad participated in the programme.