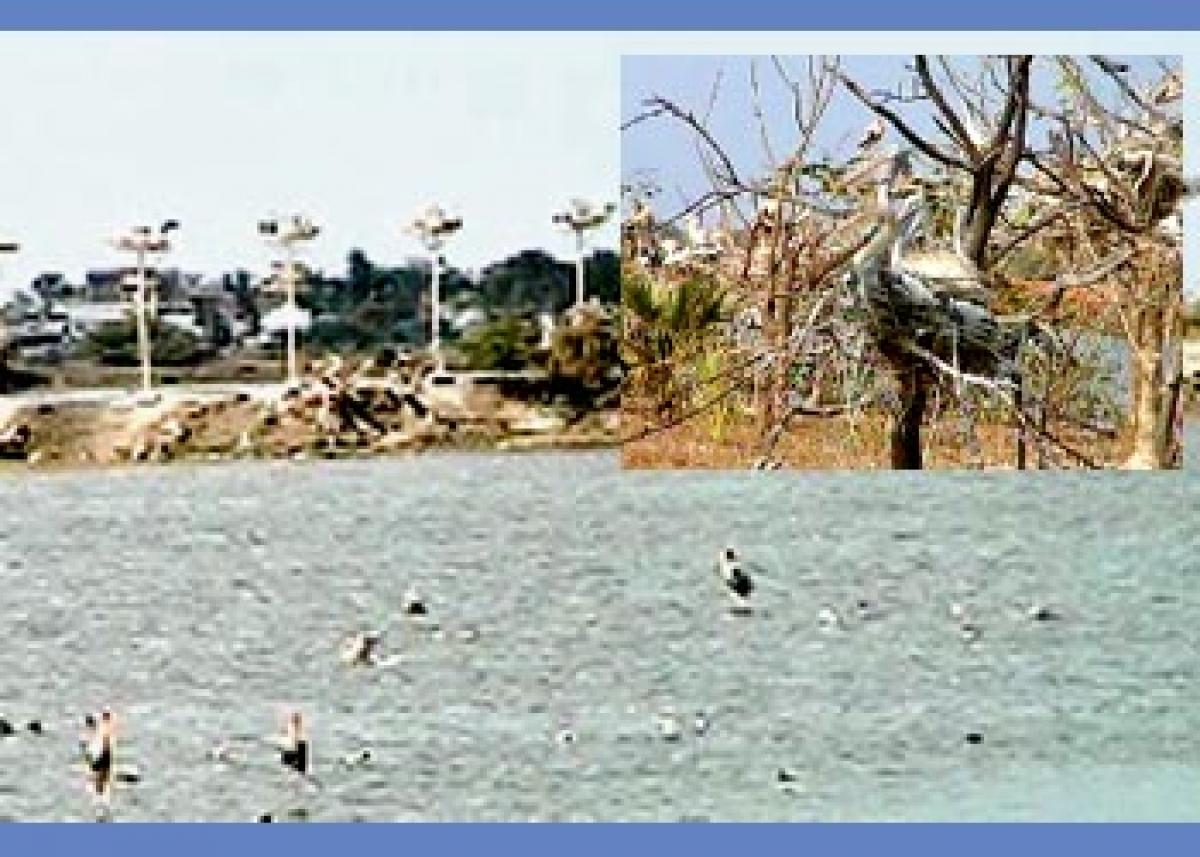 The pelican paradise at Atapaka bird sanctuary in Kolleru Lake is craving for attention as the bird sanctuary is facing threat of extinction with fall in water level and migration of birds to other areas in search of food.

Vijayawada: The pelican paradise at Atapaka bird sanctuary in Kolleru Lake is craving for attention as the bird sanctuary is facing threat
of extinction with fall in water level and migration of birds to other areas in search of food.

A visit to the bird sanctuary reveals the neglect of the eco-tourism both by the State government and Forest Department. The number of
bird species also came down and the remaining birds, majority of them, pelicans survive in odd conditions including fall in water level
and fish.

He questioned how one can enjoy bird-watching at a close range in the absence of boats. The boat riding was suspended in the lake with
the fall in water level.

A villager Mudunuru Venkata Raju, staying near the bird sanctuary, said people are suffering due to lack of drinking water. He questioned
how the bird will survive without water and fish.

He said that the number of birds came down and majority of the birds started migrating to other areas.

The forest officials developed the bird sanctuary in 400 acres of land by digging a tank and creating artificial mounds and stands for
nesting of birds.

With the improvement in facilities, large number of birds started visiting Kolleru for breeding and nesting in the past. Now the bird
sanctuary seems to be in a neglected state.

A student Vijaykrishna said, “The State government made big statements on development of eco-tourism.” But where is the sign of
developing eco-tourism in the biggest fresh water Kolleru Lake,” he questioned.

He said there is no approach road and in the absence of sign boards, tourists and bird lovers are unable to locate the bird sanctuary.
He said that the government could develop eco-tourism in Kolleru region in a big way on the lines of Kerala housing boats, as the natural
lake provides great relief to tourists with the sighting of birds.

In addition, poaching is also said to be going on in Kolleru and the forest officials have failed to prevent poaching due to staff shortage.
Earlier, more than 100 species of birds used to visit the Kolleru Lake.

Now the number came down to 12 with fall in water level and absence of fish with intrusion of Upputeru into Kolleru Lake and
subsequent pollution of the lake.