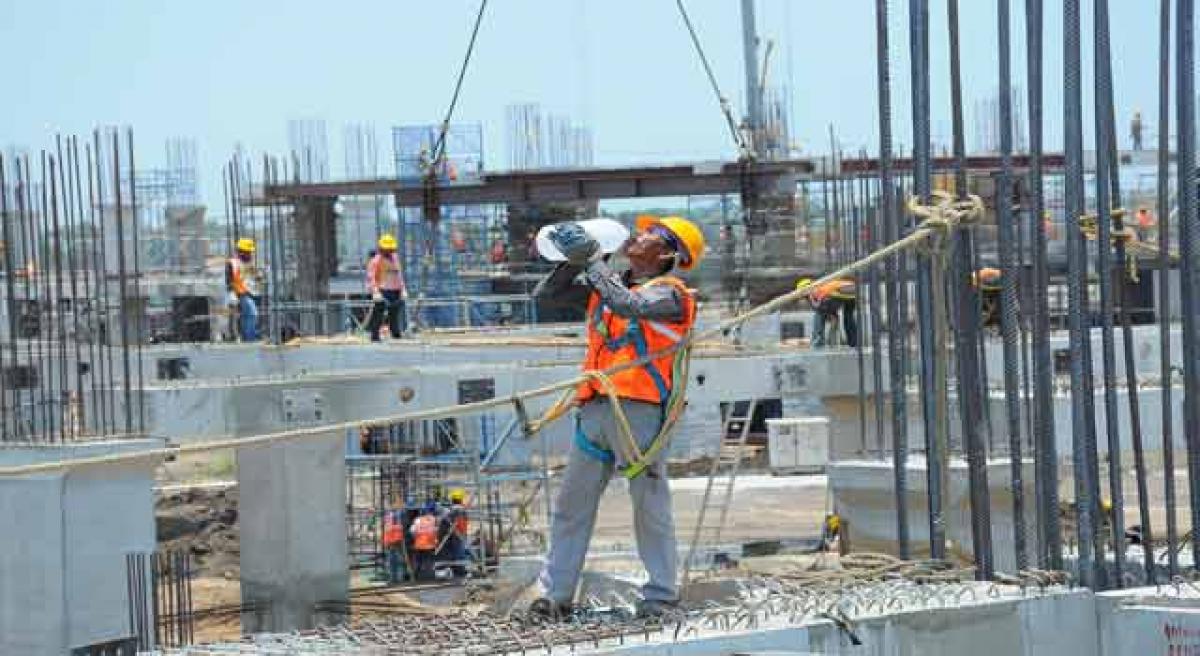 Over 600 construction workers are living in pathetic conditions at construction site of Secretariat and Assembly building at Velagapudi village.

​Amaravati: Over 600 construction workers are living in pathetic conditions at construction site of Secretariat and Assembly building at Velagapudi village.

The construction companies had hired the workers from Bihar, UP, WB, Jharkhand and Odisha since they have enough experience in construction sector. The government accorded contract for the construction of Secretariat.

With the death of Devender (22), a construction worker, a couple of days ago, exposed the ordeal of the workers, who are working under scorching sun. The workers were accommodated in tin-sheet roofed dark and dingy rooms and ten workers are forced to stay in a single room.

Moreover, they are not being provided with sufficient potable water. Adding their woes, the company did not bother to provide sufficient toilets for them. The workers were seen using withered cotton plants as firewood to cook their food.

Above all, they are being paid Rs 250 per day. When this reporter tried to speak to the workers to highlight their plight, they were reluctant to speak out, fearing action from the construction company.

Though Amaravati canteen was set up in the temporary Secretariat, the rates of eatables were abnormal as a plate meal was pegged at Rs 70, so poor workers are cooking the food for themselves.

We will take up the problems of the workers with the government and try to improve facilities. “ Praveen Chowdary a worker rues “Due to soaring temperatures during day time, we are unable to stay in the rooms.

There is need to improve our working conditions and I have to get thee months wages. Meanwhile, I am borrowing petty sum from my roommates.”

Waheed another worker adds “There is urgent need to improve facilities in our rooms and requesting for meal at Rs 5 for workers in the temporary Secretariat. I am cooking my own food, because I can’t afford to spend Rs 200 for meals per day” he added.

After agitation by workers, the construction companies have taken steps to improve facilities at the sheds where workers are staying.

Following instructions from the district administration, they have started levelling the land and improving lighting facility.