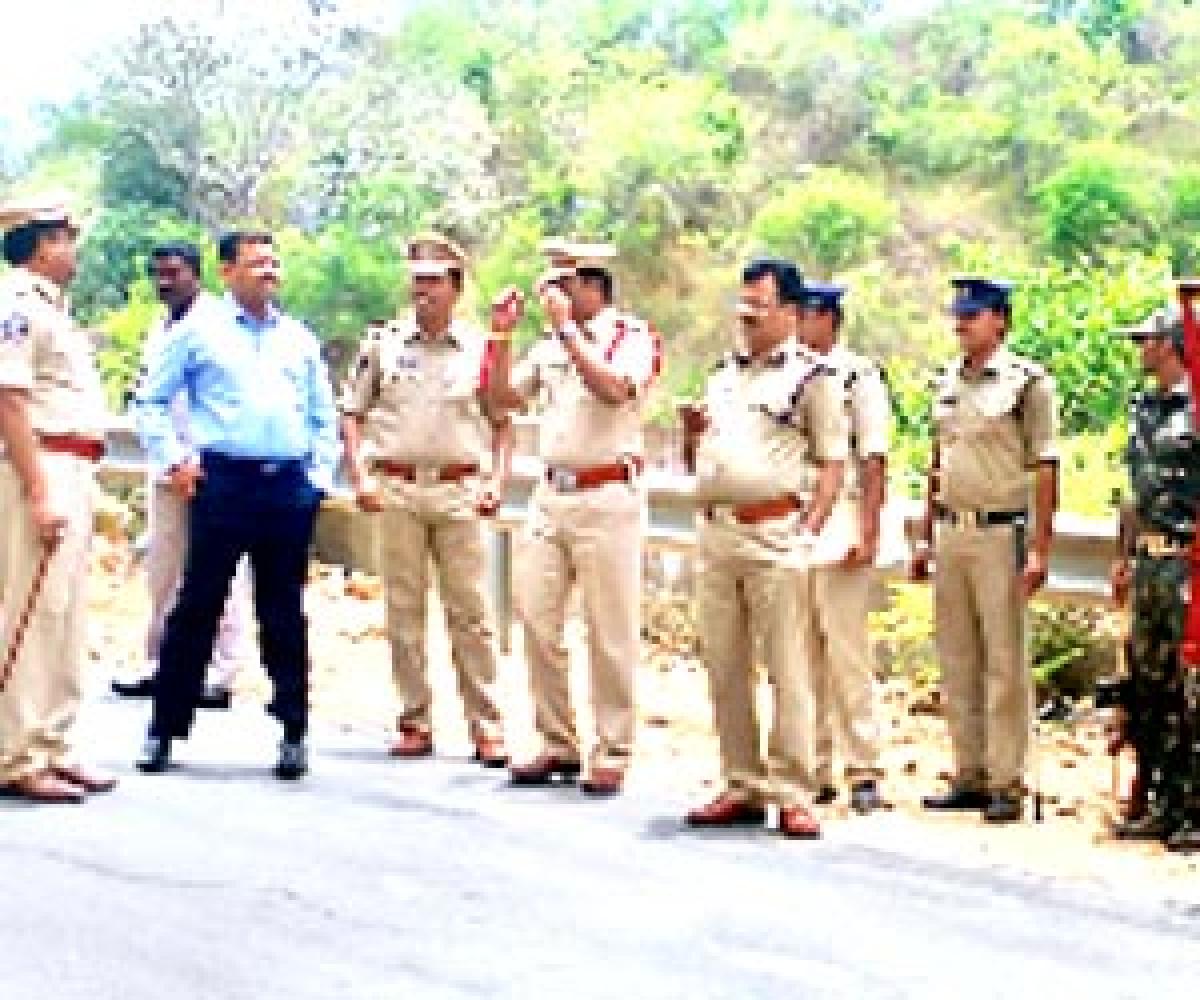 In view of general elections in Tamil Nadu, patrolling was intensified at all the border check posts in the district, said Rayalaseema Inspector General of Police N Sridhar Rao.

Chittoor: In view of general elections in Tamil Nadu, patrolling was intensified at all the border check posts in the district, said
Rayalaseema Inspector General of Police N Sridhar Rao.

Sridhar Rao visited various check posts in the jurisdiction of Palamaner and Kuppam highways on Sunday in which Chittoor District
Superintendent of Police G Srinivas, Palamaner DSP Shankar and other officers were present.

Speaking on the occasion, Sridhar Rao said that the role of the police personnel in the check posts is vital to prevent election related
offences. The Tamil Nadu police are already on the job, he informed. The police personnel at the border check posts should check all the
vehicles thoroughly before allowing them to enter the limits of Tamil Nadu, he instructed.

He also made reference on the probable entry of unknown persons from the borders of Andhra Pradesh to Tamil Nadu. He appealed to the
political leaders to cooperate with the police in this regard. Instructions were given to the Palamaner DSP to take necessary steps to
arrest the suspected criminals and make sure that no anti-social elements of the State would be allowed to disturb the process of
elections in Tamil Nadu State, he added.

Chittoor District Superintendent of Police G Srinivas explained the steps taken by the police to monitor the check posts and the crime
prone areas in the district.