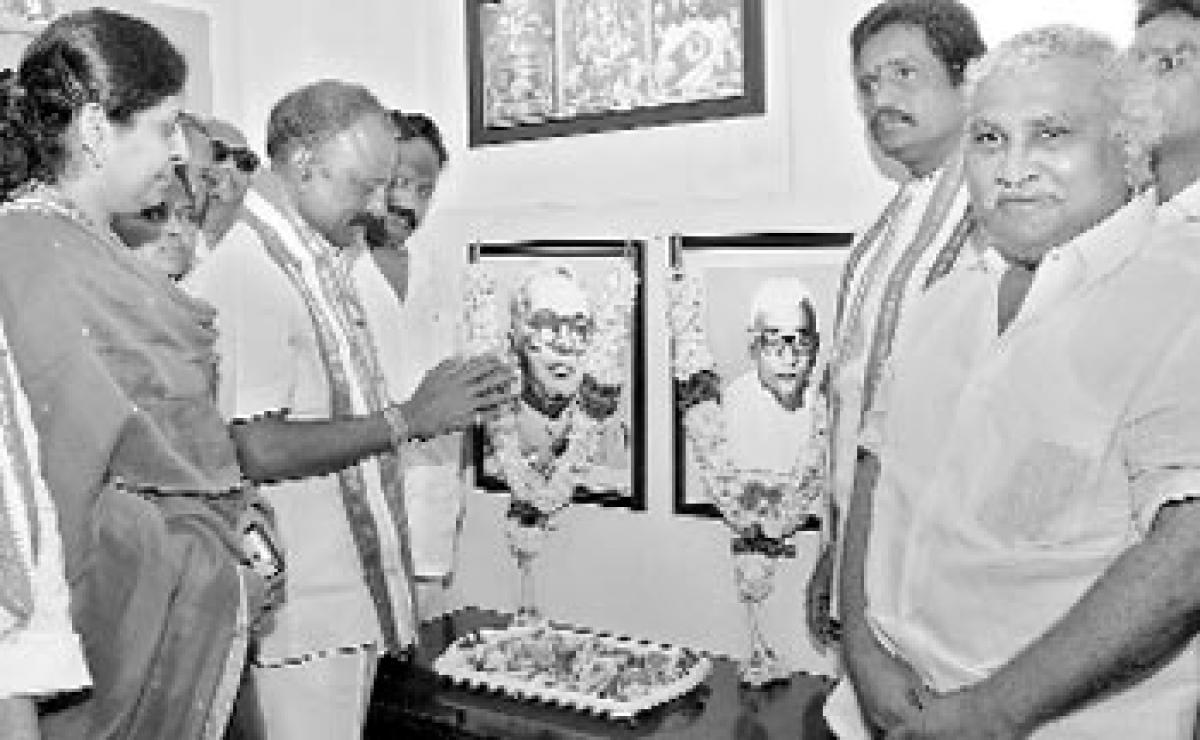 Speaking on the occasion, Raghuveera Reddy recalled the services of the two late leaders. He said Tanguturi Prakasam Panthulu, who was called as Andhra Kesari was a great patriot and had served the people of Andhra and Tamil Nadu as Chief Minister. He said Tanguturi had become the first Chief Minister of Andhra State after it was bifurcated from the combined Madras Presidency.

He said Prakasam had proved a great advocate both in Chennai in his early days and later at Rajamahendravaram. He said that Tanguturi had also served as the chairman of the Rajamahendravaram municipality, though he was born in Prakasam district. Raghuveera Reddy said that Prakasam was inspired by Bipin Chandra Pal and had given up his law practice to join the freedom movement and took the active part in the Satyagraha of Mahatma Gandhi.

He further recalled the daring protest that Prakasam had led against the Simon Commission after which he was called Andhra Kesari. Recalling the contribution of Kasu Brahmananda Reddy, the APCC chief said that the late leader was instrumental in the industrial development around Hyderabad.

He said Kasu, as Chief Minister of the State from 1964 to 1971, played the key role in establishing BHEL, HMT, IDPL, Hindustan Cables, Midhani, and Bharat Dynamics. These industries established around Hyderabad contributed to the overall development of the city into a global city, he added.