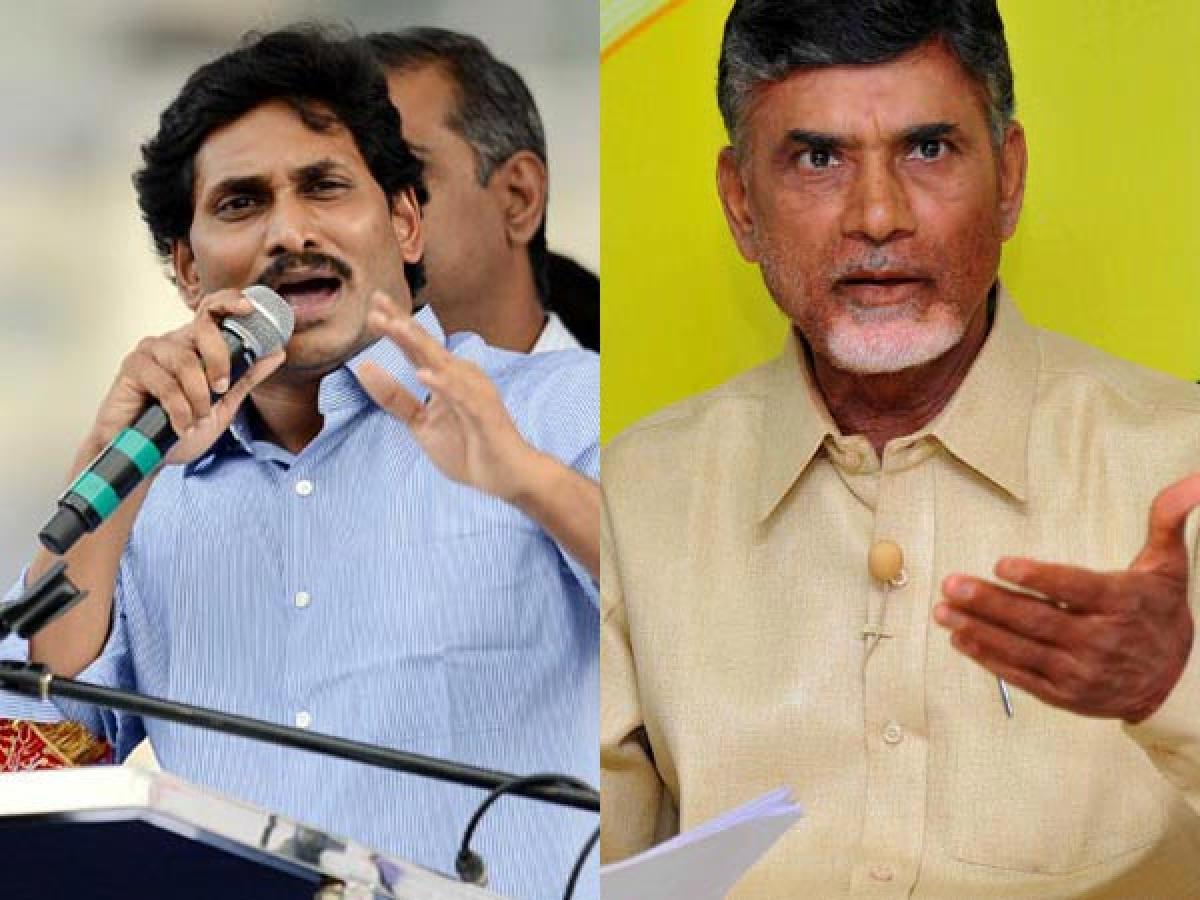 In the wake of Kapu leader Mudragada Padmanabham\'s current Deeksha, YSRCP Chief YS Jagan Mohan Reddy called upon people to stand united for the cause.

In the wake of Kapu leader Mudragada Padmanabham's current Deeksha, YSRCP Chief YS Jagan Mohan Reddy called upon people to stand united for the cause.

Stating that Mudragada was only reiterating the assurances given by Chief Minister Chandrababu Naidu, YS Jagan questioned the latter as to how the Kapu leader's indefinite hunger strike would affect law and order. Chandrababu had earlier stated that Mudragada's Deeksha would only add to the problems in the state, further stating that if people take up satyagraha, it would affect law and order.

Responding to the same, the YSRCP leader said that people would certainly revolt if the government resorts to arrest people for satyagraha in their homes adding that the Kapus issue was being politicised and that the Chief Minister was converting a social issue into a law and order one. YS Jagan further demanded a CBI inquiry into the Tuni violence in order to identify the real perpetrators.

Kapu leader Mudragada Padmanabam, was arrested on Thursday from his Kirlampudi residence after he launched an indefinite hunger strike demanding the release of those arrested in connection with the Ratnachal Express burning case in Tuni along with the implementation of reservations to his community .