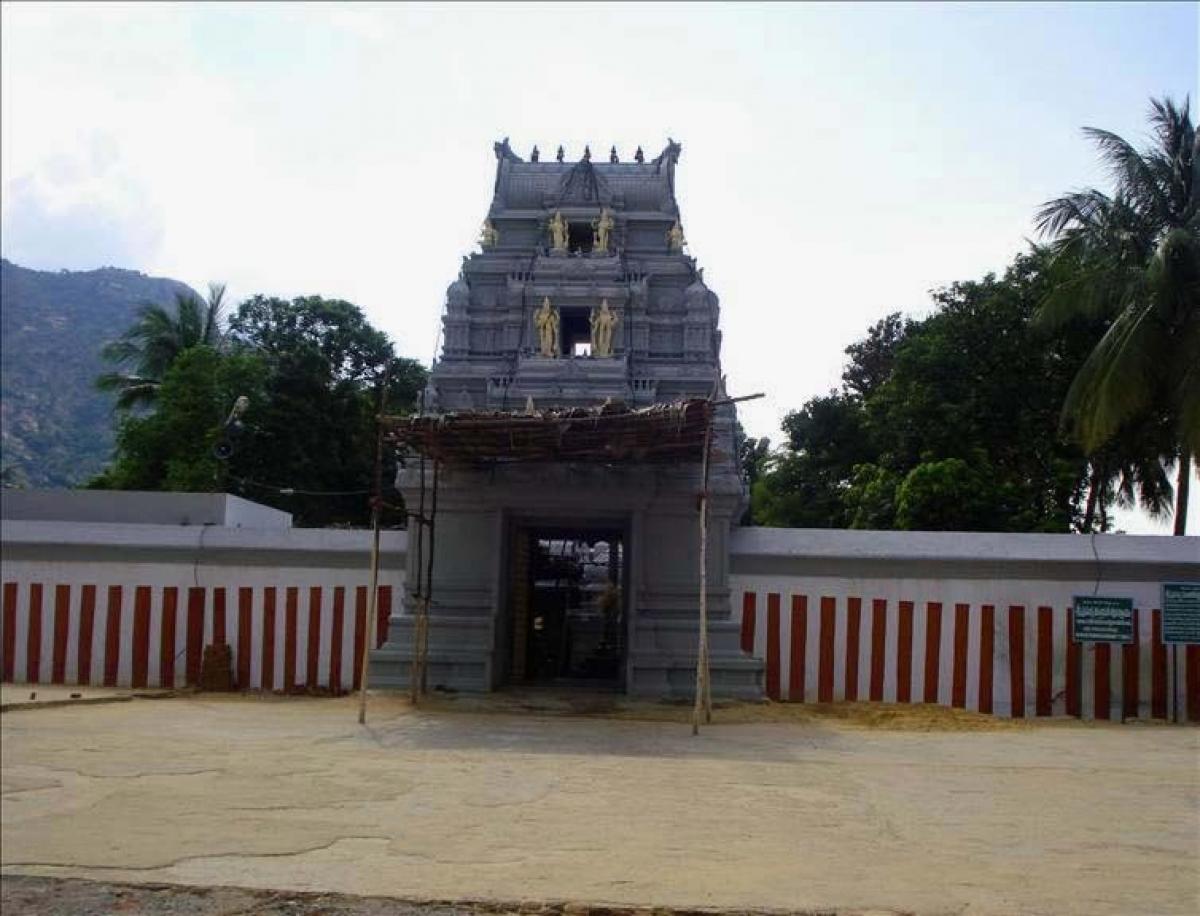 The flag bearing image of Lord of Aves - Garudalwar was hoisted on the temple pillar at the anointed auspicious Karkataka Lagnam between 9.30am and10 am amidst chanting of Vedic hymns by temple priests in the temple.

Tirupati: The nine-day annual Brahmotsavam of Sri Prasanna Venkateswara Swamy temple at Appalayagunta, 20 km from here, took off on a colourful note with Dhwajarohanam on Wednesday.

The flag bearing image of Lord of Aves - Garudalwar was hoisted on the temple pillar at the anointed auspicious Karkataka Lagnam between 9.30am and10 am amidst chanting of Vedic hymns by temple priests in the temple.

Noted Vaikhanasa Agama scholar Sundaravadanacharyulu and temple priest Suryakumaracharyulu carried out the religious event with utmost devotion as per agamas. Speaking on the occasion, TTD Joint Executive Officer Pola Bhaskar invited the denizens and pilgrims to take part in this Brahmotsavam of Sri Prasanna Venkateswara Swamy temple which will be held for nine days.

The presiding deity of the temple under the control of TTD, is popular for ‘Abhaya Hasta Mudra’ (with hand in blessing posture) he said and added that elaborate arrangements were made to cope with the large number of devotees expected to witness the nine day long religious spectacle.

The temple in the recent year gained popularity with the locals and also considerable number of pilgrims visiting Tirumala preferring to visit the shrine, along with Tiruchanur Padmavathi Ammavaru temple, he pointed out.

Marking the occasion, Bhajanns, cultural programmes like Kolatam were conducted outside the temple in the village. Deputy Executive Officer Chinnamgari Ramana, AEO Nagaratna, superintendent Pavan Kumar and others were present.
Donation

Tirupati-based devotee Katam Raju donated silver Yagnopaveetham weighing about 1.100 gms worth Rs 67,000 to Sri Prasanna Venkateswara Swamy temple in Appalayagunta on Wednesday. He has handed over the jewel to Tirupati JEO Pola Bhaskar at Appalayagunta on the occasion of Brahmotsalvams which started on Wednesday.