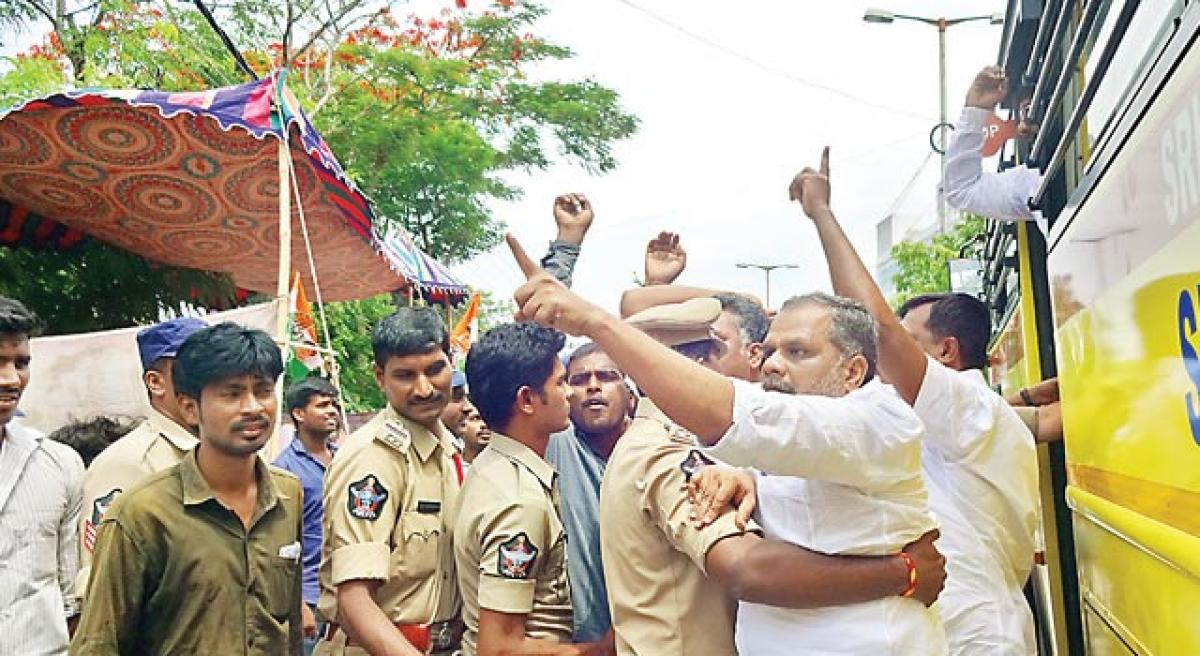 Tirupati: Police thwarted the Congress party activists move to stage a dharna in support of Kapus agitation, which is going on against the arrest of Mudragada Padmanabham, here in front of RDO office on Wednesday.

But the police did not permit them to stage the protest, on the ground that no permission was given for the protest, forcing the Congress leaders and activists resorting a protest on the road. They were arrested and shifted to MR Palli police before they were let off later on personal bonds.

After his release, speaking to the media, Venugopal Reddy condemned the arrest of Congress leaders. He said police raj is prevailing in the State and Chief Minister N Chandrababu using the force indiscriminately to stifle the voice of opposition.