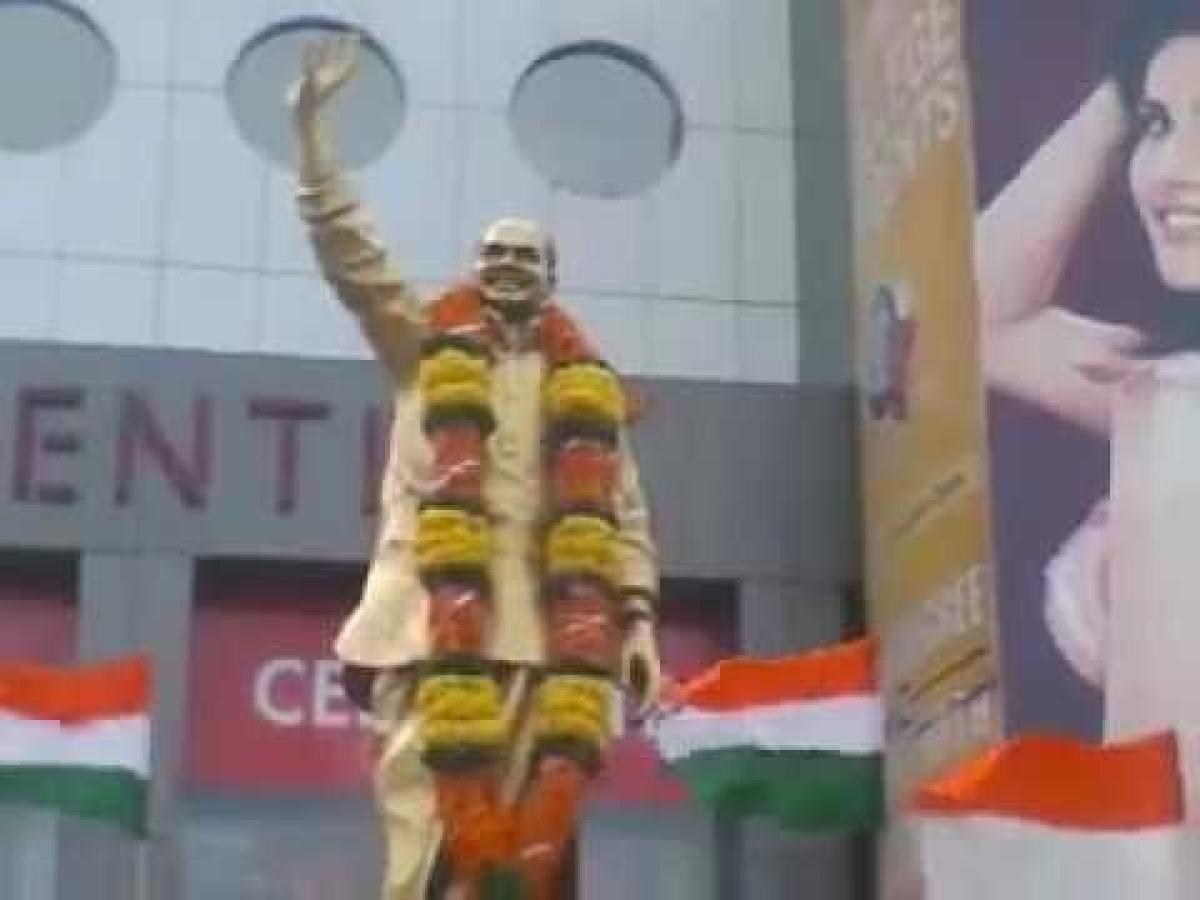 The YSRCP took out a ‘Gadapa Gadapaki YSRCP’ programme to mark the birth anniversary of YS Rajasekhara Reddy and to rededicate the party cadres to solve the problems of public.

​Ongole: The YSR Congress Party in Prakasam district paid tributes to the late Chief Minister YS Rajasekhara Reddy on Friday on his 67th birth anniversary. District party president Balineni Srinivasa Reddy garlanded the statue of the former Chief Minister at Church centre, along with the statue of police officer ASC Wesley, who was killed in the helicopter crash.

The YSRCP took out a ‘Gadapa Gadapaki YSRCP’ programme to mark the birth anniversary of YS Rajasekhara Reddy and to rededicate the party cadres to solve the problems of public.

Balineni Srinivasa Reddy started the programme at Indiramma Colony after garlanding the photograph of YSR. He visited the houses in the colony and enquired about the problems of the public. The locals complained about the roads, drains, pensions and partiality in allotment of loans.

Srinivasa Reddy said that the YS Rajasekhara Reddy kept his promises, but the Chief Minister Chandrababu Naidu failed to keep at least one promise, including the loan waiver to farmers and DWCRA women. He asked the people to vote for YSRCP in the ensuing corporation elections and next Assembly elections to get rid of the problems in the colony.