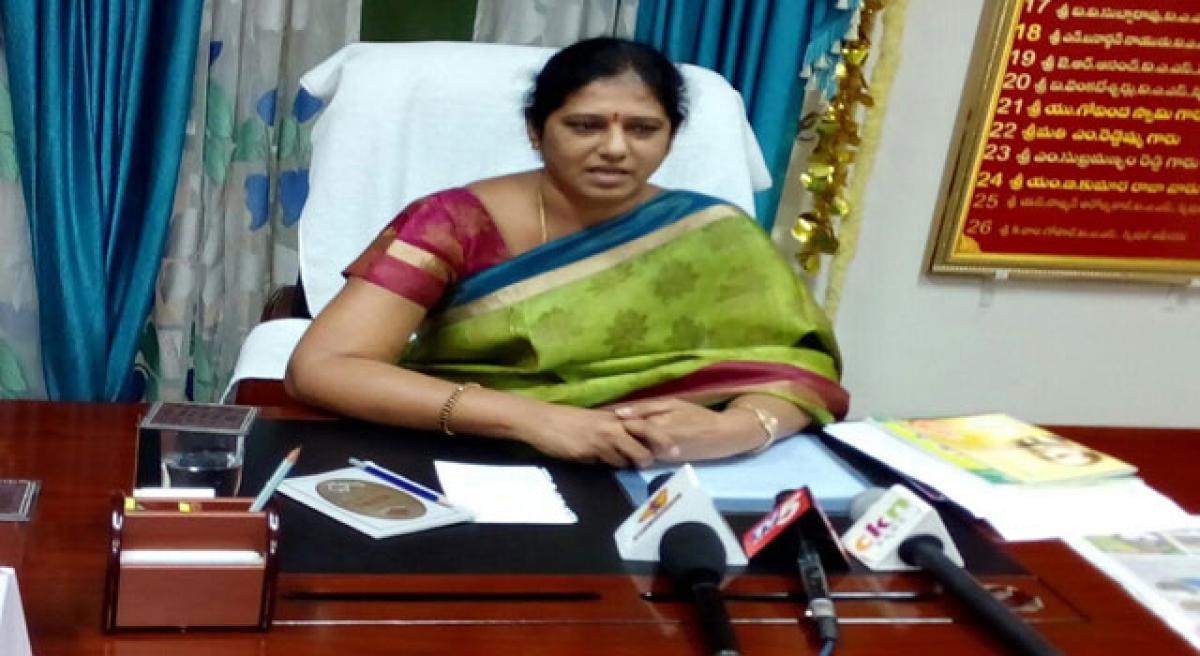 The cooperation of the elected representatives of the district and the blessings of Chief Minister N Chandrababu Naidu helped her to discharge her duties successfully, she added.

Speaking to The Hans India here on Sunday, Girvani Chandra Prakash has made it clear that she was new to politics, but Chief Minister Chandrababu Naidu has given her an opportunity to serve as Zilla Parishad Chairperson which she never dreamt.

Chittoor Zilla Parishad seat is reserved for OC (woman) category. Since her husband is in TDP for the last 30 years, the District TDP also recommended her candidature for the Zilla Parishad Chairperson post. “For the past two years my husband is lending me helping hand to discharge my duties effectively, she said.

She reiterated that she would rise to the expectations of the Chief Minister and prove as the best Chairperson in the State. Referring to the relations with Minister B Gopalakrishna Reddy, Girvani said that she used to take the suggestions from the Minister to overcome any problem.

She said that she has been successful in fulfilling the aspirations of the people in a better way.

Girvani said that she used to mingle with the people and make sincere efforts to resolve their grievances . During the past two years, she said that she has been very transparent in all the matters and no corruption or swindling of funds was reported in the Chittoor Zilla Parishad.

It may be stated that Chittoor Zilla Parishad Chairperson has become a role model. Minister for Panchayat Raj Ch Ayyannapatrudu appreciated her at a public meeting in Chittoor on Saturday.