A Special Something for AP 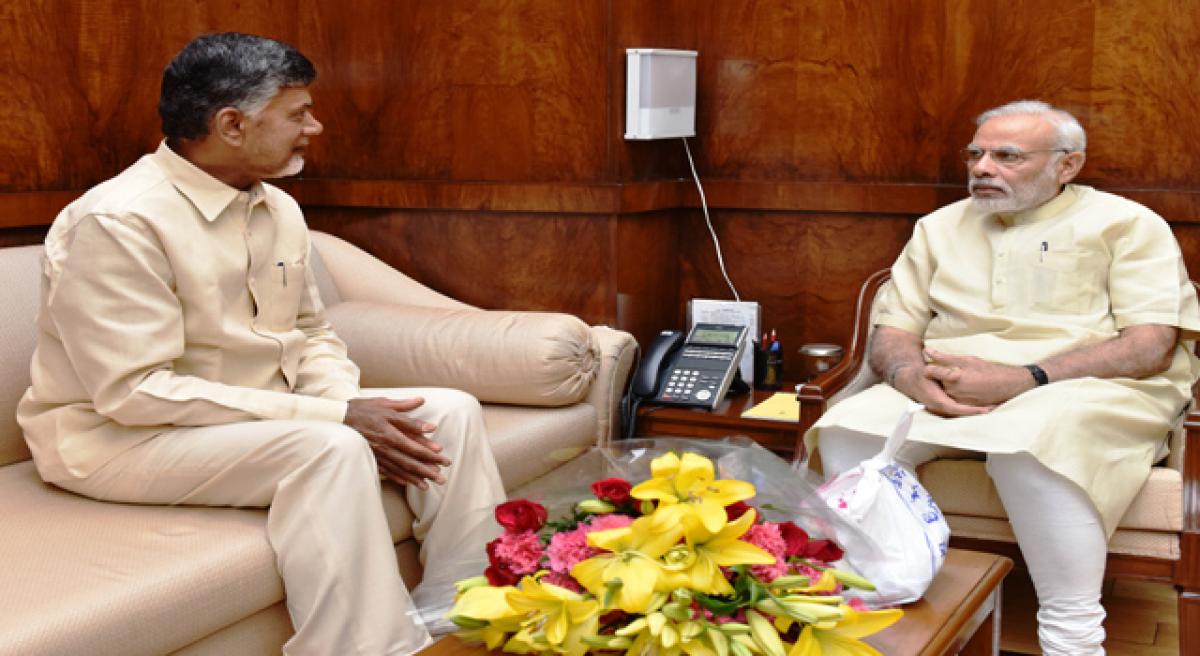 The Centre is likely to come out with a formula on the Special Status within a week enabling the AP government to defend itself from the political onslaught by the Congress, YSRCP and the Left parties on the issue.

​New Delhi: The Centre is likely to come out with a formula on the Special Status within a week enabling the AP government to defend itself from the political onslaught by the Congress, YSRCP and the Left parties on the issue.

According to some of the MPs who were privy to the 25-minute discussion Chief Minister N Chandrababu Naidu had with Prime Minister Narendra Modi in his Parliament office on Friday, Naidu had urged the Prime Minister to ensure that the gap in funding between a Special Category Status State and a non-Status State be filled.

According to Union minister Sujana Chowdary, the Chief Minister had sought “A special something.” When asked to elaborate, he said, “Wait for a week and you will know it.” The Chief Minister told the Prime Minister that the Special Status had become an emotive issue and people will not accept anything short of it, he added.

However, it is learnt that the ‘something special’ could be an assurance to bridge the gap in funding between a Special Status State and non-SCS State. It appears that the Centre is not in favour of announcing a special category status but would come out with a package that would address all the issues raised by the state government.

Another MP CM Ramesh said they would insist that the notices they had given under rule 193 and 197 be taken up for discussion on the issue in the Lok Sabha. He said the general impression as on today is that the Centre may come out with a special package.

Hence they had made it clear that special package alone might not assuage the feelings of people as the demand was more emotive and political and hence, Naidu suggested "a special something'' which could be an assurance to bridge the gap in funding between an SCS State and a non-SCS State.

This amounts to securing at least about 30 per cent more of funds, over and above the devolution of funds, assured by the 14th Finance Commission. "This was on top of the agenda." If such an assurance is given, then it would be easier for the allies to handle the political space properly, it is felt, the sources told The Hans India.