Modi is another Ambedkar: BJP 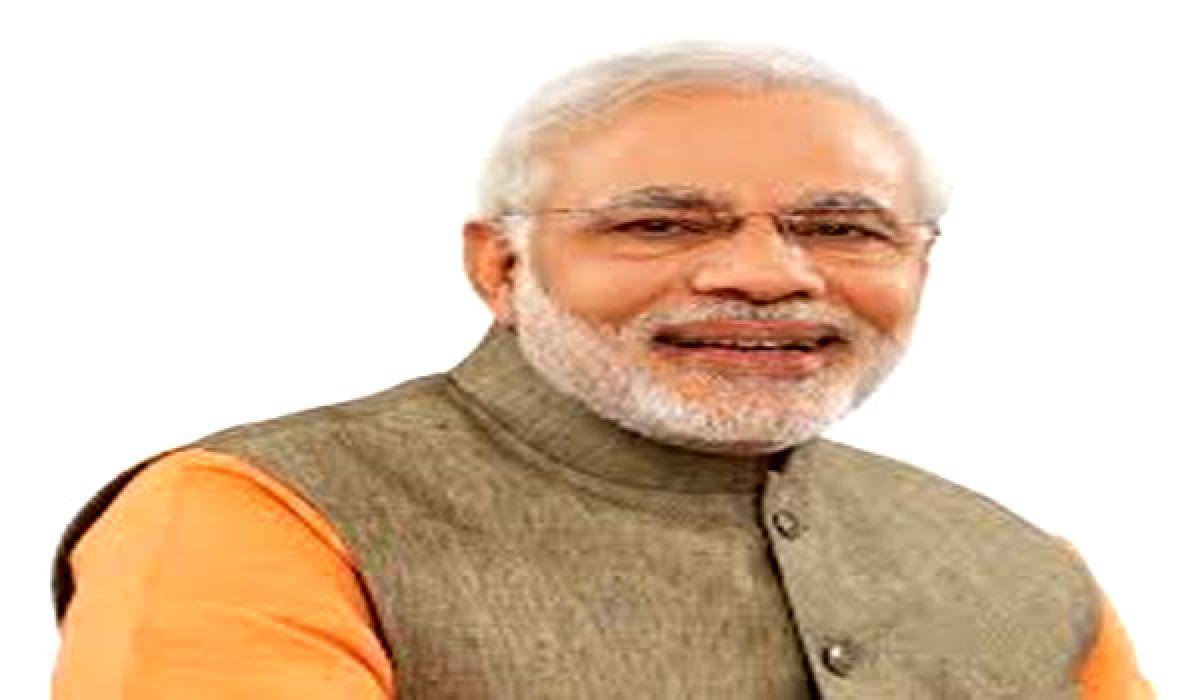 Prime Minister Narendra Modi is like another Ambedkar for his introduction of revolutionary reforms in the country, said the state secretary for Bharatiya Janata Party, K Koteswara Rao. Speaking at his party district office in Ongole on Thursday, he flayed the comments of communist party leaders that BJP is encouraging regionalism and separatism in the country.

Ongole: Prime Minister Narendra Modi is like another Ambedkar for his introduction of revolutionary reforms in the country, said the state secretary for Bharatiya Janata Party, K Koteswara Rao. Speaking at his party district office in Ongole on Thursday, he flayed the comments of communist party leaders that BJP is encouraging regionalism and separatism in the country.

The BJP state secretary was all praises for the prime minister and his ruling the country. He said, “Narendra Modi has become another Ambedkar with his revolutionary reforms and implementing them irrespective of regions and religions.”
Koteswara Rao said that the BJP is also BC friendly and asked the state government to spend funds allocated for the BCs by December.

He said, “Though the BC Commission was formed in 1993 by Congress party, it didn’t have any effect as it didn’t have any powers. Now BJP is reintroducing the same commission but with necessary powers and duties and the Congress, BSP and Samajwadi Party oppose it.

They do not want BCs to develop in the society and wanted to be just as a vote bank for them. As a BC friendly party, we are also trying to introduce a bill seeking 50 percent reservation for BCs in all legislative houses. For that, the state assemblies should send a passed resolution to the parliament and we request the AP assembly to pass one.

At the same time, the central government may okay the proposal to shift the budget year from April to March to January to December. So I request the state government to spend all funds allocated for BCs including the Rs. 10000 crore under BC Commission and Rs. 5000 crore under other schemes only for BCs by December this year.”

He announced that OBC Wing of BJP will conduct district level meetings in May and June this year. In those meetings, he said that the MLAs and ministers will participate and explain the public and cadre about the various schemes and programmes introduced by the central government for BCs and encourage them to utilise the initiatives.

Koteswara Rao said, “It is very unfortunate that the communist leaders like Narayana trying to brand BJP as a separatist party. BJP will always try to keep the country as united and glorious. We believe in Ek Bharat- Shresht Bharat slogan and act accordingly. In these three years of BJP rule, the opposition and communist parties find no issue like corruption, iscrimination or separatism in the country.

So, the communists wanted to make issues out of nothing here but they do not talk about China trying to occupy Arunachal Pradesh or supporting Pakistan and building roads and other infrastructure in Pak occupied Kashmir.” He added that it is why the minorities and Muslim women in Uttar Pradesh supported him and voted for BJP.

“The Muslim Personal Law Board is in the country for the past 60 years. The polygamy and triple talaq are forcing women for self defence. The examples like giving talaq over the phone should be condemned and we should provide equal rights for all the women in the country, he said.