Beautification works yet to begin in Eluru-Krishna Canal 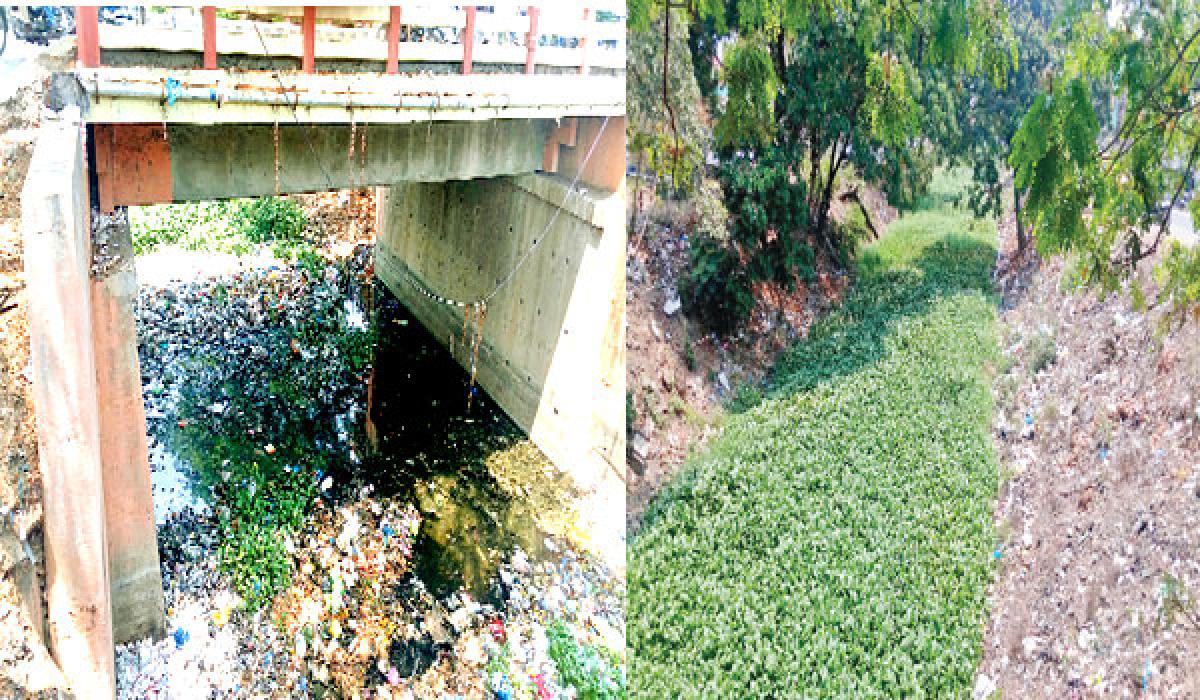 The beautification of Eluru-Krishna Canal embankment still remains as a distinct dream, as the canal becomes a breeding centre of mosquitoes.Even...

Eluru: The beautification of Eluru-Krishna Canal embankment still remains as a distinct dream, as the canal becomes a breeding centre of mosquitoes.Even after The Hans India brought to light the pathetic condition of the watercourse, over a year ago (January 27, 2016), no proper action has been taken apart from removal of encroachment on the canal bund.

The Eluru Krishna canal, flowing in midst of the City, which is adjacent to Grand National Trunk (GNT Road) Road, divides the one-town and two-town. Dug in the 19th century with the efforts of Sir Arthur Cotton, the canal provides drinking water to 3-lakh populated Eluru city and 400 villages from Vijayawada to Eluru besides supplying irrigation water to 58,000 acres in Eluru, Pedapadu and Denduluru mandals.

Due to the negligence of officials, the canal bed now is silted up with weed, horseshoe and moss. After The Hans India’s initiative of making the plight of the Canal public, last year, the Municipal Officials immediately plunged into action and cleared weed from the Canal. Encroachments on the canal bund were also removed. Eluru MLA Badeti Kota Rama Rao (Bujji) announced that the Eluru Krishna Canal would be developed and beautification project would be taken up.

He also announced earlier that boating facility would be provided in the Canal apart from widening the bund. However, even after a year, no action was initiated in this regard, except the removal of encroachments on the Canal bund. The condition of the canal worsened, as it is now filled with horseshoe and moss besides plastic waste and garbage. Hotels and residents are disposing waste into the canal extensively. B Phani, a resident of Postal Colony said even after repeated requests people are disposing of the garbage in the Canal. “I told them several times not to pollute the canal.

Due to the dumping of garbage in the canal, mosquitoes problem raised in the area”, he added. Apart from the mosquitoes menace, the canal bund now became a parking place to private transport vehicles and Cars, adding to the situation. M Kishore Babu, a resident of Agraharam area adjacent to the Krishna Canal said that no one cares about the plight of the canal. “In my childhood the water flow was free, we used to swim in the canal.

Now here is no such water flow.” Eluru Municipal Corporation Commissioner Yarra Sai Srikanth told The Hans India that the beautification proposals are pending as the Kakinada-Buckingham canal project survey is underway. After the clearance of the survey, the development of the Krishna Canal in the City will be taken up, he added. He also said municipal sanitary wing was directed to curb the dispose of the garbage in the Canal and sign boards would be set up on the bunds to avoid problem.