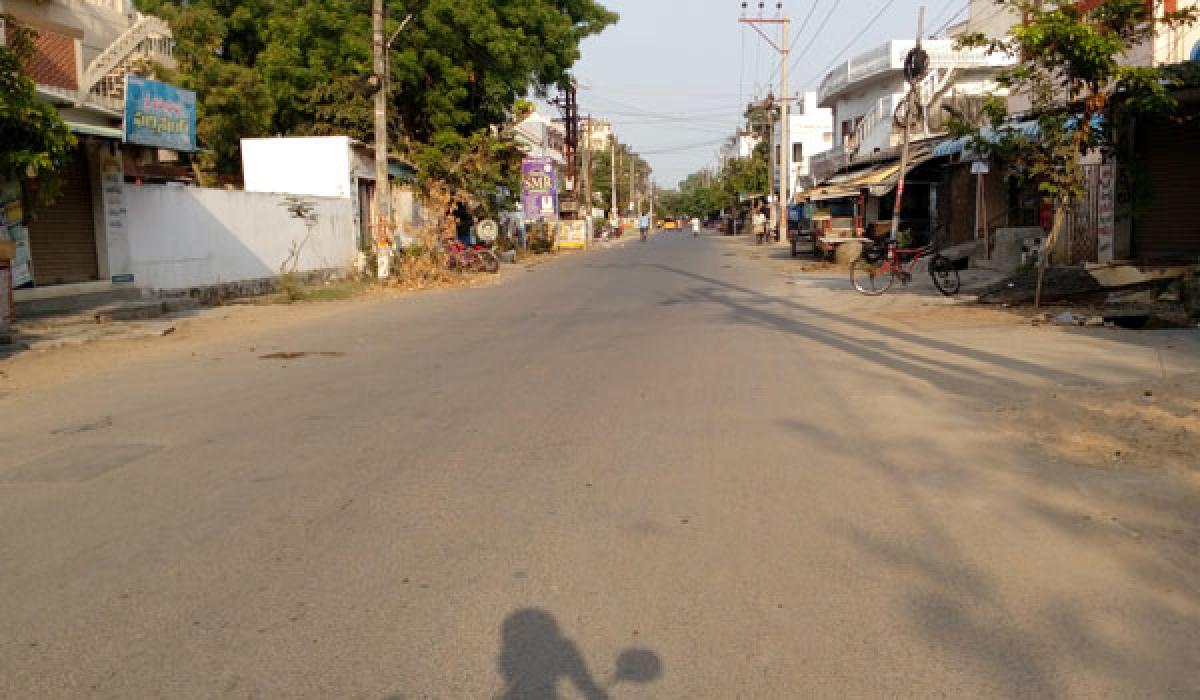 Eluru, the headquarters of West Godavari district, recorded the highest temperature of 44 degrees Celsius on Sunday marked by severe humidity conditions. The streets in the city wore a deserted look after 11 am as the mercury gradually rose to 40+ degrees. The highest temperature recorded on Sunday at 44 is a record for this summer. It was 43 degrees Celsius on Saturday in the city. No street vendor was found in the main areas in the city fearing severe heat conditions.

The Grand National Trunk Road (GNT Road) witnessed occasional vehicular traffic. Adding to the heat conditions, the humidity was on the rise in the city subjecting people to untold suffering.The mercury crossed 38 degrees Celsius in Bhimavaram, Tadepalligudem, Narsapuram and Palakollu towns in the district. On Sunday, Bhimavaram recorded 42 degrees Celsius of temperature. The same temperature was recorded in the main town of Delta area on Saturday.

Tadepalligudem town witnessed 41 degrees C temperature which is four degrees higher than Saturday. In Narsapuram the temperature was recorded at 37 and Palakollu at 36 degrees Celsius. Several voluntary organisations had opened drinking water centres at various places to quench thirst of passersby in the district.

The police and excise officials also opened these centres in Eluru. However, some parts of the district witnessed drizzling and heavy gales on Friday and Saturday. Rain and gales witnessed in Kovvuru, Tanuku, Kukkunuru, Buttayagudem mandals in the last two days gave some respite to the people. However, the other parts witnessed heat waves.

An NREGS worker J Ramesh (22) died on Friday while attending the works at Kollivarigudem of Guntupalli panchayati in Kamavarapukota mandal. This was the first reported death due to sunstroke in the district.The medical and health officials warned the people to stay indoors from11 am to 4 pm as severe heat conditions may continue for a few more days. They also suggest taking oral rehydration salts, fluids and water to recoup from the summer heat.