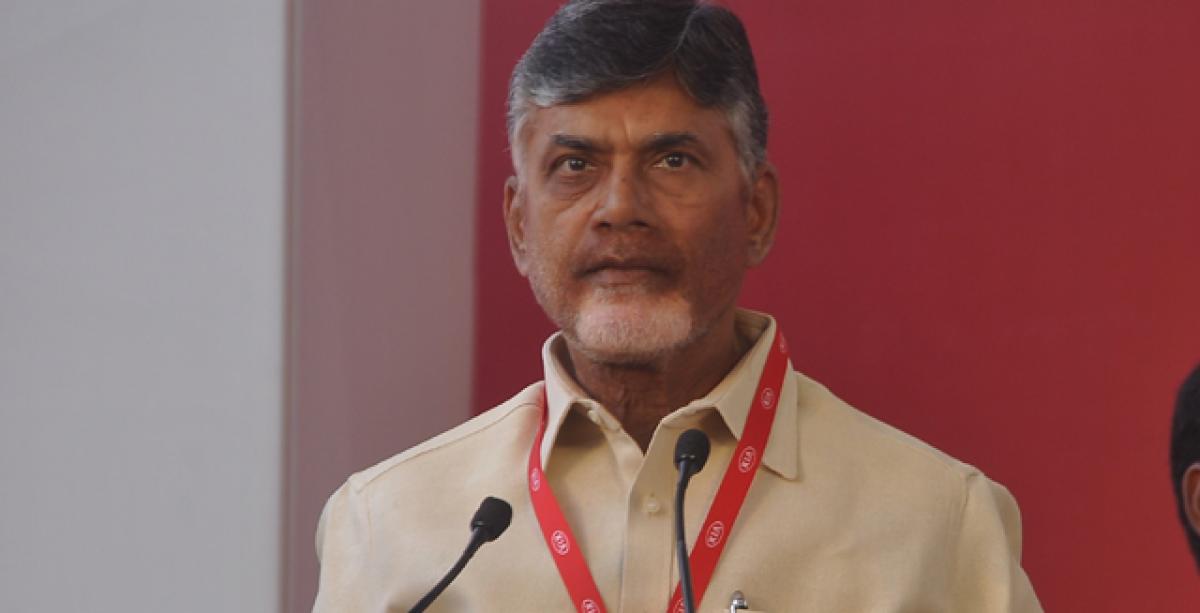 The Chief Minister also told them to take all necessary steps to save rabi crops due to deficit rainfall. During a teleconference with officials of various departments on Neeru-Pragathi programme, the Chief Minister said that various government departments should plan maximise utilisation of funds under MGNREGS to develop infrastructure in villages.

“Now we have reached 11 lakh man days which has to be increased to 15 lakh man days per day,” he said. The Chief Minister also pointed out that the State government released funds to the tune of Rs 745 crore and there is a balance of Rs 300 crore for infrastructure works in villages.

“Panchayat Raj and Rural Development, Water Resources department and others should utilise Rs 1,045 crore to improve infrastructure in rural areas. The departments should also plan to provide 50 additional man days in drought hit mandals and the daily wage must be Rs 187 per day,” he suggested.

Chandrababu Naidu also said as there was a deficit rainfall in several areas, certain measures must be taken to save rabi crops and use rain guns if necessary to prevent shortage in agriculture output.

He also asked officials to take measures to supply sufficient fodder to cattle during summer which would help to prevent scarcity in milk production. He also suggested speeding up water conservation works under Neeru-Pragathi programme which would help to increase groundwater levels.

The Chief Minister wanted officials to ensure sufficient cash to distribute pensions and said he had already written to the Centre and RBI to send Rs 500 crore to the state and write another letter for another Rs 500 crore. Naidu suggested education, police and revenue departments to ensure better coordination in conducting Intermediate examinations.