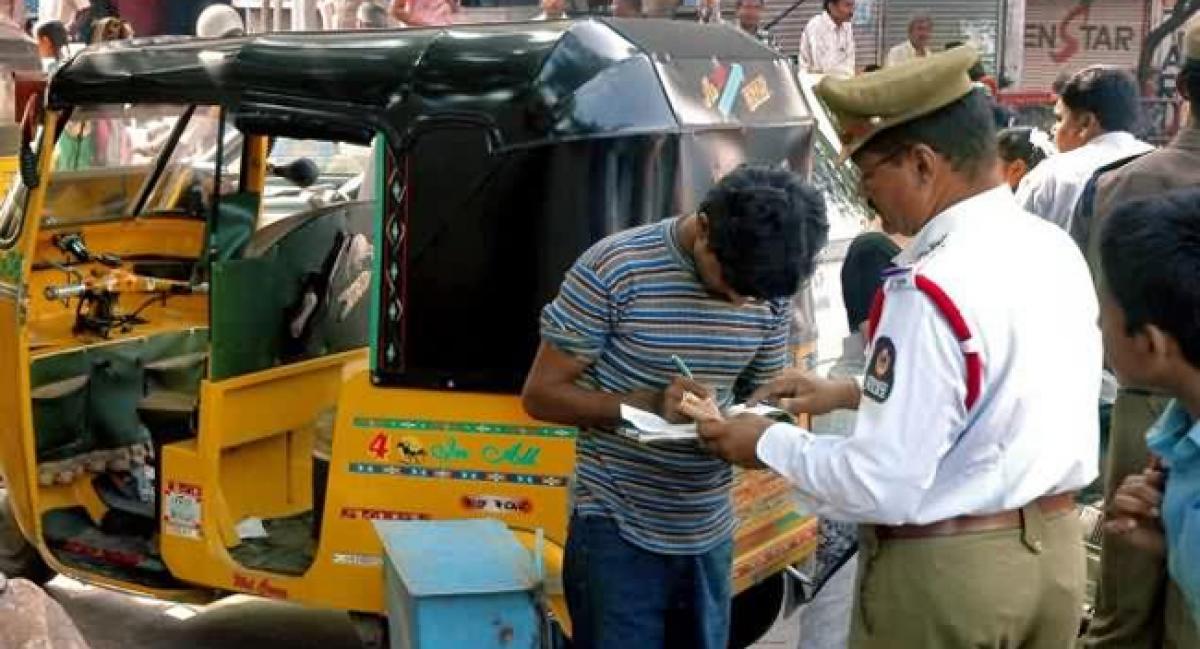 Vijayawada: Deputy transport commissioner E Meera Prasad announced that the fitness penalty charges for auto-rickshaws would be reduced from Rs 50 to Rs 10.

Speaking at a meeting at the DTC office here on Wednesday, the deputy commissioner said that according to the government directive, auto-rickshaws owners will have to pay 3.5 per cent of life tax amount in the place of quarterly taxes, and a decision will be taken soon. He said that light motor vehicle driving licence is sufficient to carry 7,500 kg weight in auto-rickshaw and orders were issued, he added.

He further stated that overloading of passengers in auto- rickshaws will not be allowed. He warned the auto drivers of strict action if rules are not followed while carrying especially schoolchildren. He said stern action will be taken on auto- rickshaws for rash driving and overloading of schoolchildren. He warned auto drivers for going in wrong route and driving with passengers on both sides of the driver.

He said that the road safety rules must be followed by drivers. He warned that they would take stringent measures under the Motor Vehicle Act.
RTO Venkateswara Rao, SI Subhash Chandra Bose, Auto- Rickshaw Union leaders and drivers were present.