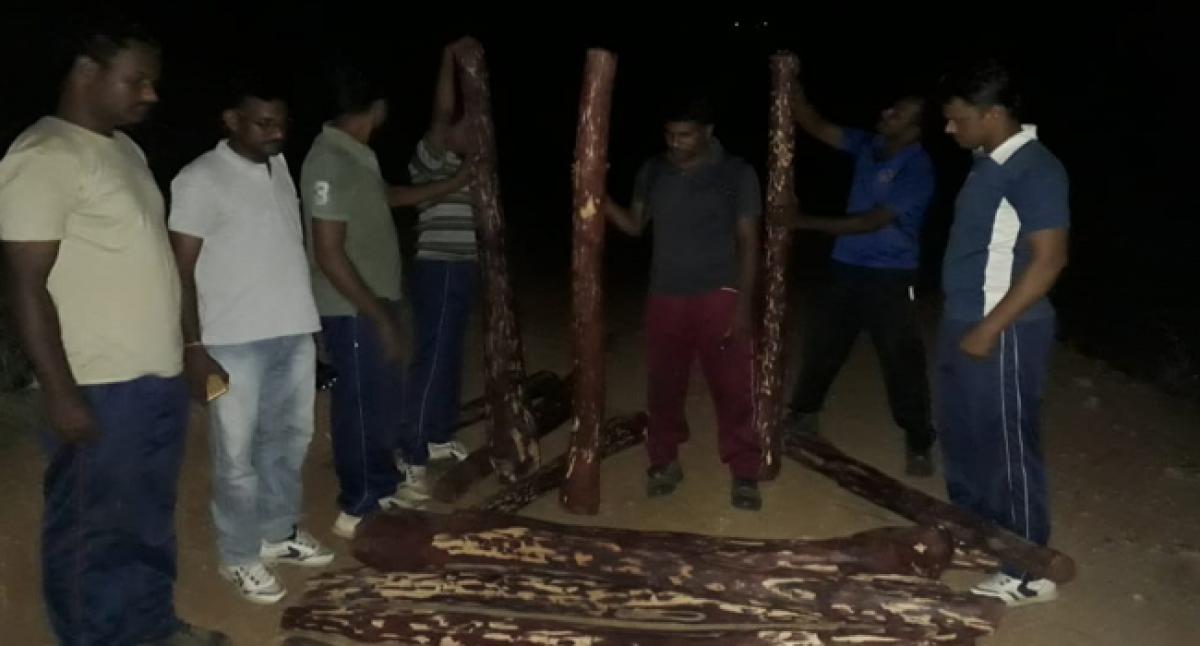 The combing by the Task Force was led by RSI Vasu began late on Wednesday night in the forest area and continued to trace the 21 smuggles who fled from the spot.

During the combing, the personnel using night vision goggles noticed the movement of about 25 smugglers in Sachinodibanda forest area and chased them. The smugglers who were carrying red sander logs made a hasty retreat into deep forest, leaving behind the logs.

A batch of Task Force personnel guarded the detained smugglers and another team continued the search to nab the remaining smugglers. The smugglers hurled stones on the search party and tried to free the four nabbed.

Sensing the danger, the force fired one round in the air making the smugglers to flee into forests. Additional forces rushed to the spot and joined the search operation resulting in the recovery of 21 logs of red sanders. Technology helped to locate the smugglers and to seize logs, said SP Ravisankar who along with Addnl.SP Lakshminarayna, has been monitoring the operation.

Night vision goggles were provided to the personnel to trace the smugglers’ movement, he explained. It may be noted that the smugglers continuing the exit point in the Srinivasamangapuram forest area as it provides numerous escape routes and loading points for red sanders.