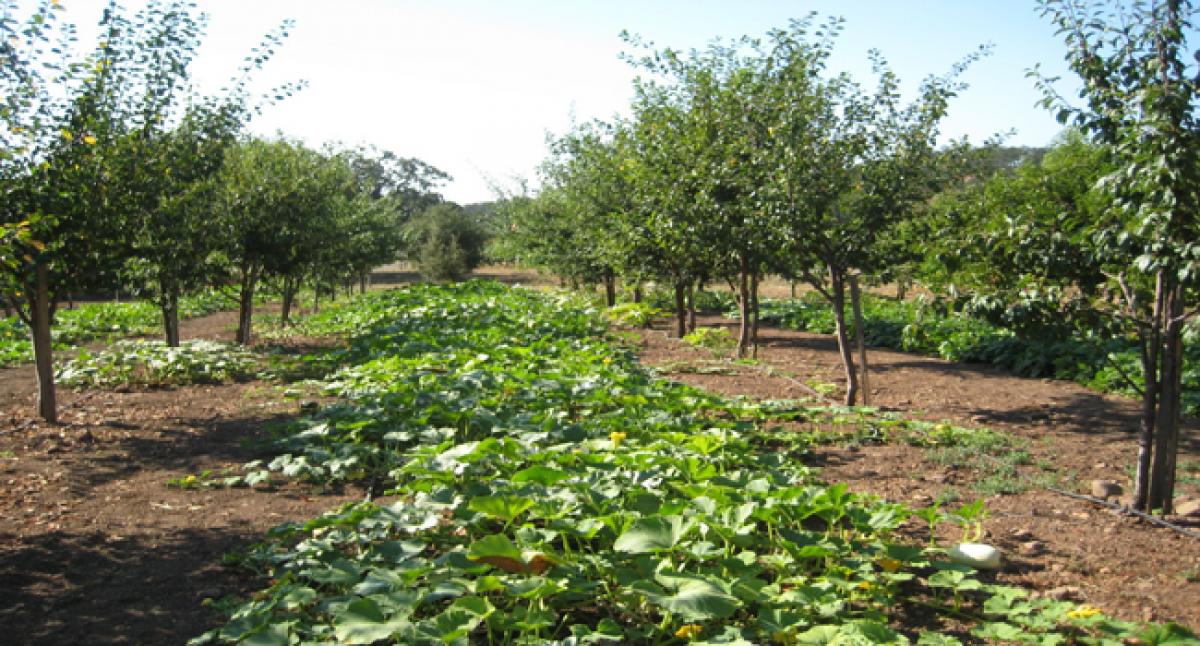 Tens of these landlords have already purchased hundreds of acres of agriculture lands at throw away prices from the local farmers and transformed them into lush green horticulture farms by raising pomegranate, sweet oranges, figs and even strawberries which have great demand in western countries.

These rich farmers who own farm land in coastal districts valued anywhere between Rs 25 lakh to Rs 1 crore per acre have had purchased lands for a price between Rs 1 lakh and Rs.5 lakh per acre in the regions of Bommanahal, Kanekal, Hirehal mandals in Rayadurgam Assembly constituency in the district and have named their huge farm estates after their family names calling them as ‘camps’.

These farmers who are well-versed in farming for decades and knew the intricacies of farming have embarked on organising these camps under which 100 to 200 acres are brought under cultivation. Venkat Rao, a farmer from Prakasham district, has organised one such camp in Kanekal mandal and is cultivating figs on a massive scale and exporting 1 tonne of figs per day from his camp.

Each camp has been exporting these figs to Bangalore and from there to agents in western countries. There are 70 such camps operating in the district. Some of them are operating on the Bellary border and in the HLC ayacut areas.

He says the HNSS project has come as a boon to the immigrant farmers from the coastal districts. The land cost is low in the district compared to lands in coastal areas. Even rich farmers from Punjab and Rajasthan had purchased thousands of acres from the farmers in Somandepalle and Roddam mandals in Penukonda Assembly constituency.

Rajasekhar Naidu, a farmer from Krishna district, has purchased huge chunks of land in Kanekal and is raising figs and pomegranates. Moneyed people see a great potential in the district as Krishna water is brought to all mandals in the district through the HNSS project. Many farmers who sold off their lands to outsiders some five years back are regretting as HNSS project is now becoming a reality.

Subba Rao, a farmer who sold his holding of 20 acres five years ago to a Guntur farmer is now regretting as Krishna water is coming to his Kanekal mandal. Tens of farmers live in each camp cultivating their own vegetables and even paddy for their consumption. Ramesh Naidu a migrant worker from Guntur living in a camp in Kanekal said life in the camp is happy and prosperous.

An estimated 100,000 acres of land is under the control of these camps. The camp culture has become a cause of jealousy to local farmers who are unable to digest the prosperity of coastal farmers.