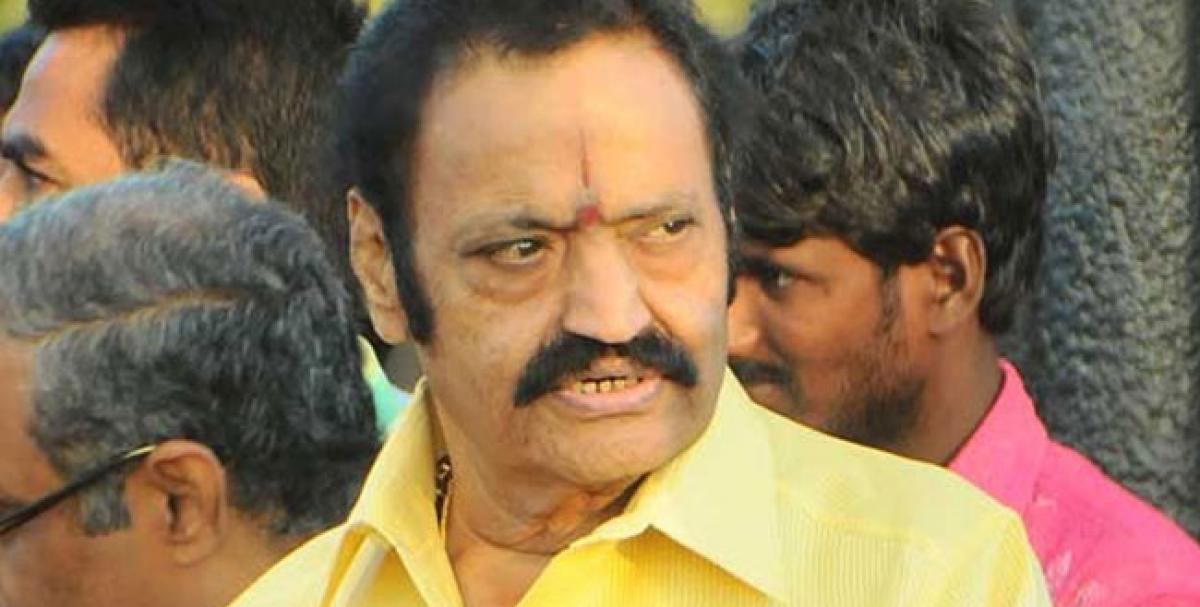 Guntur: Minister for Civil Supplies Prathipati Pulla Rao expressed shock over untimely demise of former minister Nandamuri Harikrishna. He reminded the services rendered by him as a minister and an MP.

He further stated that the death of Harikrishna is irreparable loss to the party and film industry. He conveyed condolence to the bereaved family.
In a separate statement,

Narasaraopet MP Rayapati Sambasiva Rao felt that sudden death of former minister Nandamuri Harikrishna is a great loss to the film industry. He reminded that as a minister and MP he had worked hard. He said the he had excelled in the film industry and politics. He conveyed his sympathy to the bereaved family members.

MLA GV Anjaneyulu expressed shock over the death of former minister Nandamuri Harikrishna. He said the Harikrihsna was a good film actor. He had taken up development works when he was at the helm.