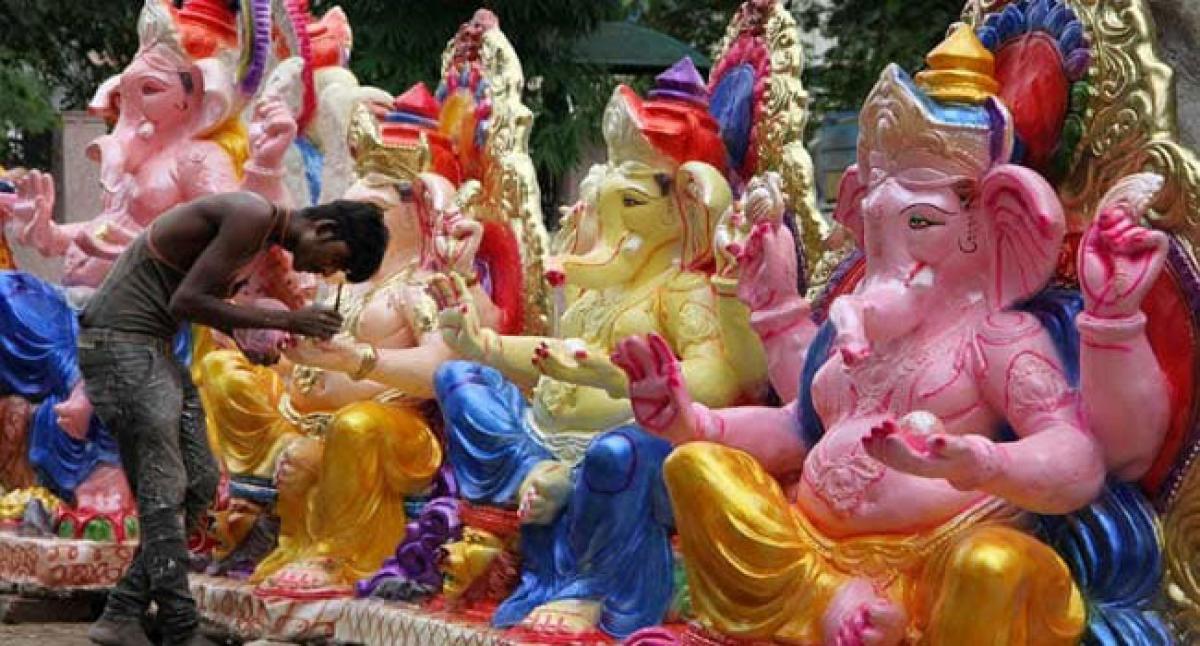 Anantapur: The city is all set to celebrate Vinayaka Chaturthi festival with religious fervour and fanfare by a host of youth organisations on Thursday. All the prominent places in the city had been occupied by life size Ganesha idols brightly illuminated and platforms set for staging musical concerts and pooja performances. Women in large numbers had been visiting the pooja platforms since Tuesday.

It is believed that Goddess Parvati created Lord Ganesha from the dirt on her body and told him to guard the door while she was having a bath. It was at this point of time that Lord Shiva returned home. When Ganesha stopped him from entering, an angry Lord Shiva cut off his head. When Goddess Parvati told Shiva who Ganesha was, he promised that he would give Ganesha a new life, and fixed an elephant’s head on him, restoring his life.