Merger or alliance? Kapu Samithi to take a call soon 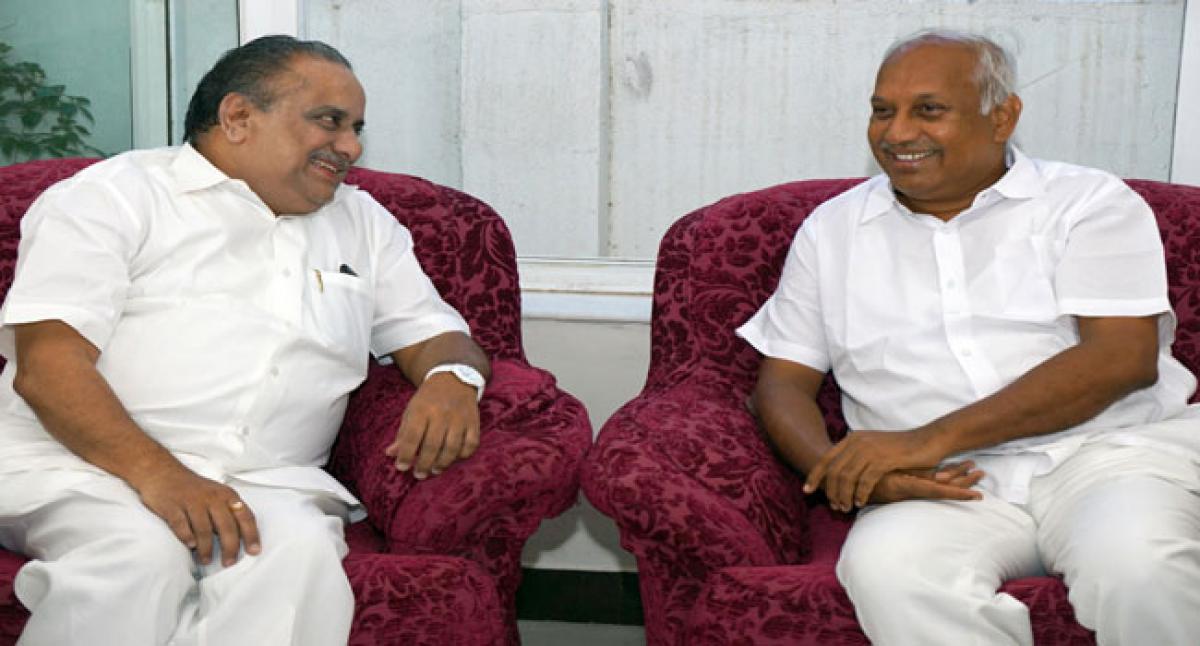 Kapu patriarch Mudragada Padmanabham has announced that Kapu leaders from the 13 districts in the state will meet soon to decide whether Kapu Reservation Porata Samithi KRPS should mergeor have alliance with others, keeping in view the approachingelections

Tirupati: Kapu patriarch Mudragada Padmanabham has announced that Kapu leaders from the 13 districts in the state will meet soon to decide whether Kapu Reservation Porata Samithi (KRPS) should mergeor have alliance with others, keeping in view the approachingelections.

Padmanabham speaking to the media at the residence of former Union Minister and senior Congress leader Dr Chinta Mohan here on Thursdaysaid that he already had a meeting with Kapu leaders of the 13districts who were associated with his Samithiin two spells, and took stock of the situation vis-à-visachieving Kapus’ main demand of 10 percent reservation.

He said thatit was decided to hold a state meeting of the Kapu leaders of all 13districts to take the final decision on merger or alliance of theSamithi for achieving the reservation. The date of the meeting would be informed later.

The Kapu leader stated that Kapu leaders were disappointed as the Chandrababu Naidu government had failed to pass a resolution in the recent Assembly session on repealing the Kapu reservation Bill sent to theCentre, so as to pave way for the state government to pass an Act for implementing 10 percent Kapu reservation.

The stategovernment was competent to make such an act and implement it after securing the approval of Governor, he asserted. He observed there that was no need of taking the Centre’s consent in implementing the quota at the state-level.

He came down heavily on the Chief Minister for letting down Kapus. Healso did not spare YSR Congress Party chief YS Jaganmohan Reddy over his stand on the reservation issue.

Mudragada declined to reveal whether he preferred merger oralliances of Samithi with others and maintained that it would be decided onlyby the Kapu leaders at the forthcoming meeting.Padmanabham was here to visit bereaved senior film actor M Mohan Babu,whose mother passed away recently.