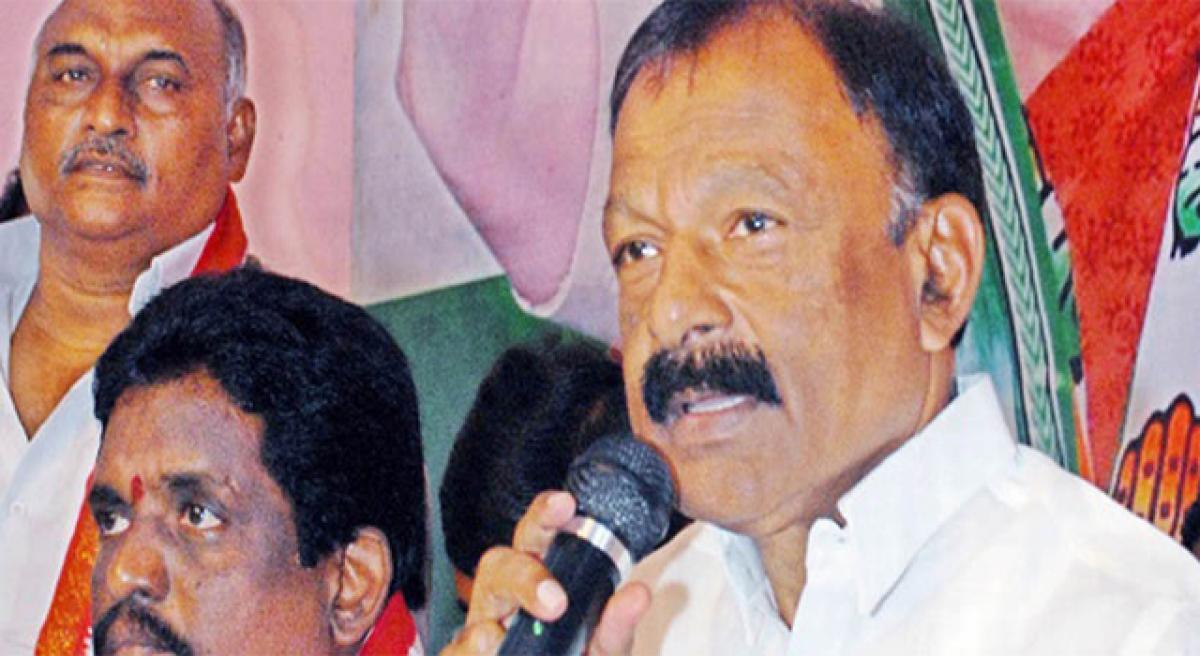 He wondered why Modi had remained silent on the issue. He pointed out that the Congress party had demanded a Joint Parliamentary Committee (JPC) investigation into the scam and seeking justice in the court would be the last option of the party, he said.

In reply to a question, Raghuveera said that the Congress will contest on its own to the 25 Lok Sabha and 175 Assembly seats in Andhra Pradesh in 2019 elections. However, a final decision regarding any electoral alliance will be taken by Rahul Gandhi.

He said the BJP-led NDA government cheated people of AP and though the TDP had delayed its decision, it has finally left the NDA. The APCC chief blamed both TDP and BJP governments for failing to act promptly over the attack on YSR Congress Party president YS Jaganmohan Reddy. BJP, YSRCP and TDP were trying to get political mileage over the incident, he alleged.