Jagan gets rousing welcome in Kadapa 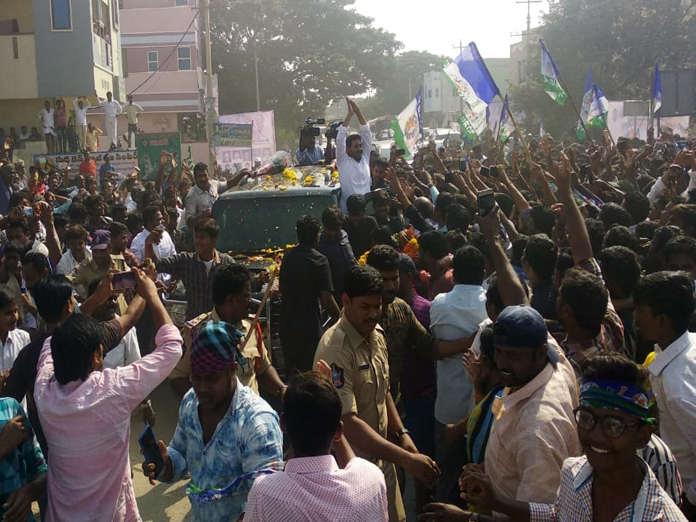 Addressing the horticulture students at Anantharajupet village, the YSRCP chief said that he would set up village secretariats to provide employment to the local youth once his party comes to power within six months.

He stated that establishment of village secretariats was mentioned in party manifesto and they will help to reddress the problems in the villages on the spot as the people need not approach the officials at district headquarters for finding solutions of their problems.

The YSRCP leader said that the services of students, who have completed agriculture and horticulture courses, would be utilised by recruiting them as advisers for farmers in farm operations.