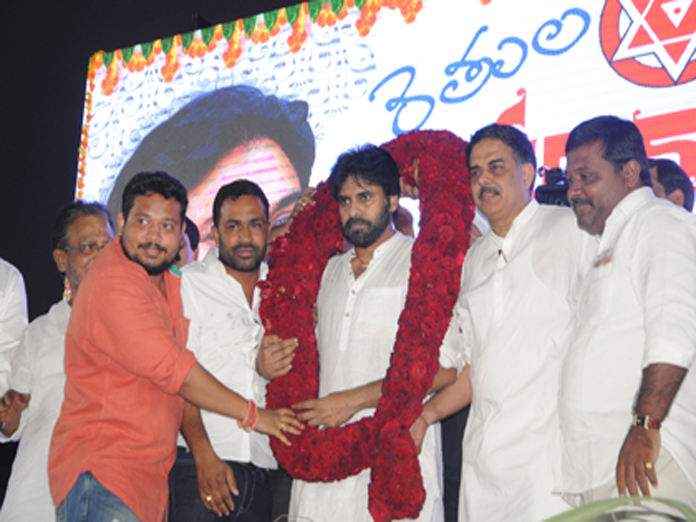 He said he would fight on behalf of the people to solve their problems and added that there is a need to give opportunities to the weaker sections and downtrodden.

Pawan who came to Pedaravuru near Tenali in Guntur district to take part in Sankranti Sambaralu on Sunday, addressed party activists. He said that some leaders were diluting systems.

The Jana Sena chief said both the ruling TDP and YSRCP failed to address farmers’ problems. Pawan assured that he would try to get a better price for the agriculture produce and bring out policies for the welfare of farmers, if the Jana Sena Party is voted to power. Pawan also extended his support to the tenant farmers. He said he wished to see happiness in the eyes of farmers. Pawan promised to restore past glory to Buckingham Canal.

Also referring to the cases filed against Opposition leader Jagan, Pawan wondered if the YSRCP chief wanted to continue in power for 30 years to commit more irregularities.

Pointing out that the TRS leaders had earlier criticised former Chief Minister Y S Rajasekhara Reddy, he wondered how they were now joining hands with Y S Jaganmohan Reddy.