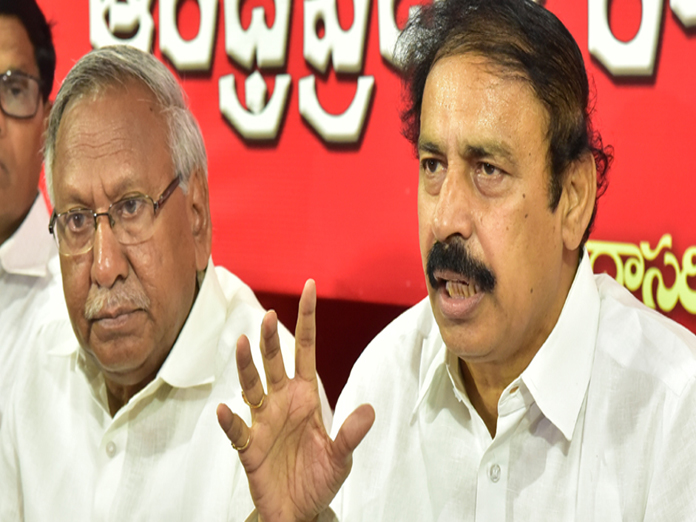 Speaking to media persons here on Wednesday, Ramakrishna said that it was now clear that YS Jaganmohan Reddy and K Chandrashekar Rao were acting under the direction of Modi.

He said that the TRS and the YSR Congress were working with a secret agenda to help the BJP in the ensuing elections. He said that they should reveal their agenda and meet the people if they have really guts.

He predicted that the YSRCP would face worse experience in the elections. The people would not extend support to it, he said and added that the BJP-led NDA government failed to accord Special Category Status and other sops as per the AP Reorganisation Act.

He said that Jagan never criticised the Prime Minister and did not even participate in agitation of MPs conducted in New Delhi against the Central government. He pointed out that TRS MLA Talasani Srinivas Yadav too visited the state recently and made comments in favour of YSRCP.

Stating that the people would teach a fitting lesson to them, Ramakrishna said that the Left parties would fight against Prime Minister Narendra Modi and the BJP.