Municipal Corporation of Tirupati takes a leap in sanitation 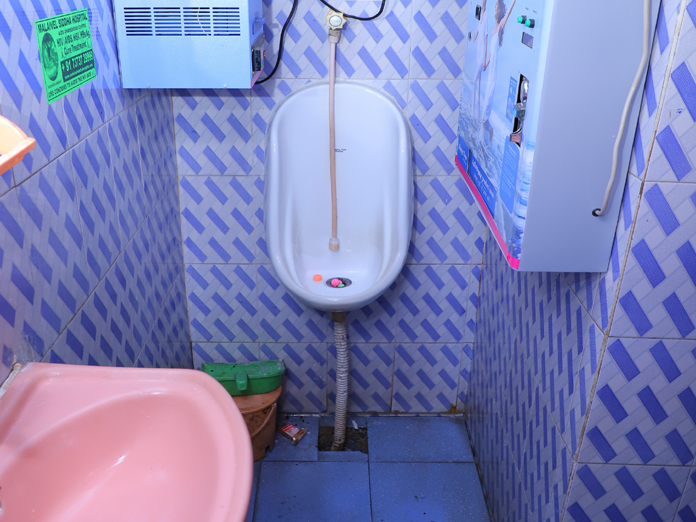 The pilgrim city Tirupati which carved out a niche for itself in cleanliness, made a big leap by setting up modern toilets that are equipped with sanitary napkin vending machines for the convenience of women

Tirupati: The pilgrim city Tirupati which carved out a niche for itself in cleanliness, made a big leap by setting up modern toilets that are equipped with sanitary napkin vending machines for the convenience of women.

To begin with, the Municipal Corporation of Tirupati’s health wing set up these modern toilets numbering 16 exclusively for women at the places where the pilgrim movement is heavy including near railway station, APSRTC central bus station and also at TTD Srinivasam pilgrim amenities complex (private bus stand) in the city.

Keeping in view of the huge number of pilgrims arriving here from various parts of the country on a pilgrimage to Tirumala, the Corporation set up these modern toilets under ‘smart city project’ and their maintenance was under private agencies like Hyderabad based Suvidha to ensure these toilets function effectively for the convenience of women.

A health official informed that the napkins available against inserting Rs 5 coin in the vending machine set up in the modern toilet which has also an incinerator by the side of the napkins vending machine for the proper disposal of the used sanitary napkins so as to ensure cleanliness at the toilets.

However, with poor visibility, there are few takers for the modern toilets though there is a pressing need for them, in view big number of women pilgrims and students daily coming from outside, stressing the need of the Corporation taking steps to make these modern toilets visible.

Accordingly, the Corporation focusing on the railway station and bus stand areas with the support of the concerned for improving the sanitation. In bus stand, the RTC authorities following the Corporation direction, made arrangements for parking the buses halting for night at Manglam depot instead of parking them on the road sides in and around the bus station which was found to be one of the factors abetting public urination during the night.

Daily about one lakh people visiting the RTC bus station which will go up to 1.25 lakh to 1.3 lakh during holidays and festivals, he said claiming that the special arrangements at bus stand area yielding positive results with the cleanliness improved significantly much to the appreciation of passengers including pilgrims from outside.

Raju said that as many as 175 municipal officers are in the field apart from the health and sanitation staff to oversee daily the works including maintenance of roads, drains and also to check littering. About 500 twin bins were also set up in all the commercial areas for the public to drop the litter to make the city litter free, he averred.