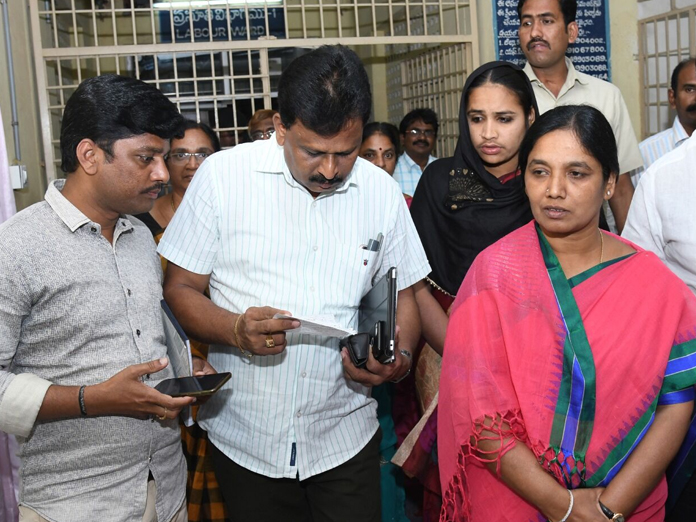 Guntur: Minister for Women and Child Welfare Paritala Sunita visited the GGH on Wednesday and consoled the rape victim and her parents. She assured them that the government will extend support to the victim's family.

She spoke to District Collector Kona Sasidhar and directed him to sanction a house and give an outsourcing job to the mother of the victim and reminded him that Chief Minister N Chandrababu Naidu had sanctioned Rs 5 lakh ex-gratia to the victim.

The Minister also spoke to the doctors in the GGH and enquired about health condition of the victim. She instructed Guntur rural SP SV Rajasekhara Babu to take stern action against the accused. She said that Chief Minister N Chandrababu Naidu has taken the incident seriously.

She was accompanied by Guntur district ZP chairperson Janimun.