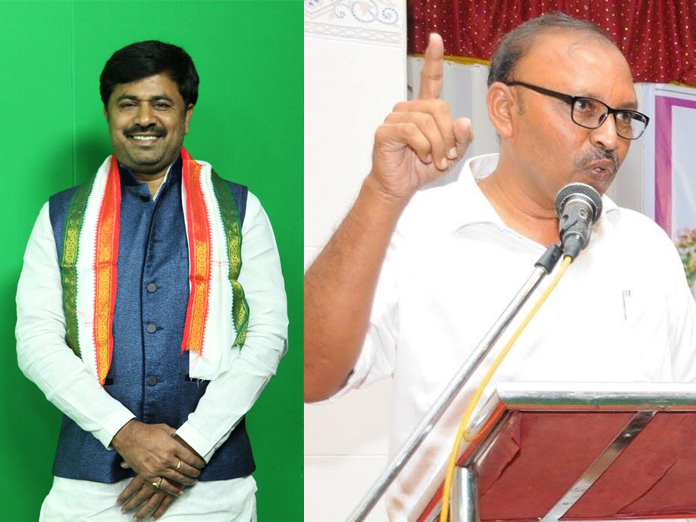 The vote on account budget introduced by Finance Minister Yanamala Ramakrishnudu was nothing but the magic of numbers, flayed the opposition parties

Ongole: The vote on account budget introduced by Finance Minister Yanamala Ramakrishnudu was nothing but the magic of numbers, flayed the opposition parties.

He alleged that introducing six new schemes in the vote on account budget was nothing but a gimmick before elections. He said that the government had failed to implement the loan waiver scheme for farmers completely. But it was claiming that it doubled the income of farmers. He said that it failed to legalize the BC sub-plan and didn’t allow anything for the corporations.

He questioned the government about the Rs 8,300 crore pending loan waiver funds, and how it will manage to construct and maintain the irrigation projects with just Rs 17,000 crore. He said that the chief minister cheated the Prakasam district people by neglecting the Veligonda project again.

Punati Anjaneyulu, secretary of CPM East Prakasam committee alleged that the Finance Minister introduced the budget with a deficit of Rs 32,390 crore. He said that with the budget of Rs 2,26,177 crore, the government was running the state into debts year by year.

He accused the government of trying to ignore the facts that unemployment, the crisis in agriculture were increasing while there were no new industries, completed projects so far.