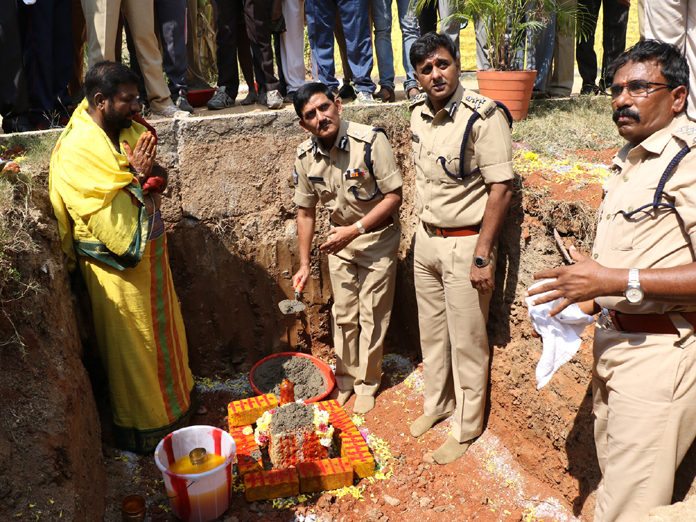 Before laying foundation for building, bhoomi puja was performed by the DGP. Speaking on the occasion, the DGP said that Urban DPO was established in Tirupati 10 years ago.

After a long gap, Thakur mentioned that the Urban DPO will be moving to its own building once it is constructed. As part of providing of permanent office to DPO, the AP government has sanctioned office building at AR police grounds here, he added.