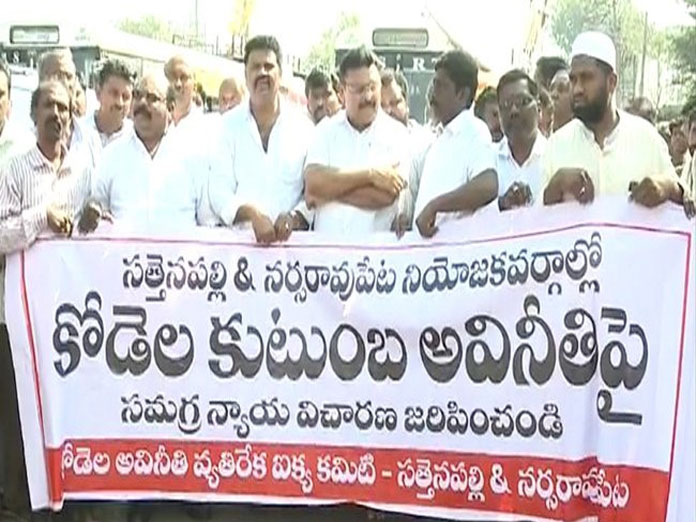 Meanwhile, the YSRCP leaders in Sattenapalli protested against the arrest of Ambati Rambabu and demanded his release immediately. Later, police released Ambati Rambabu.