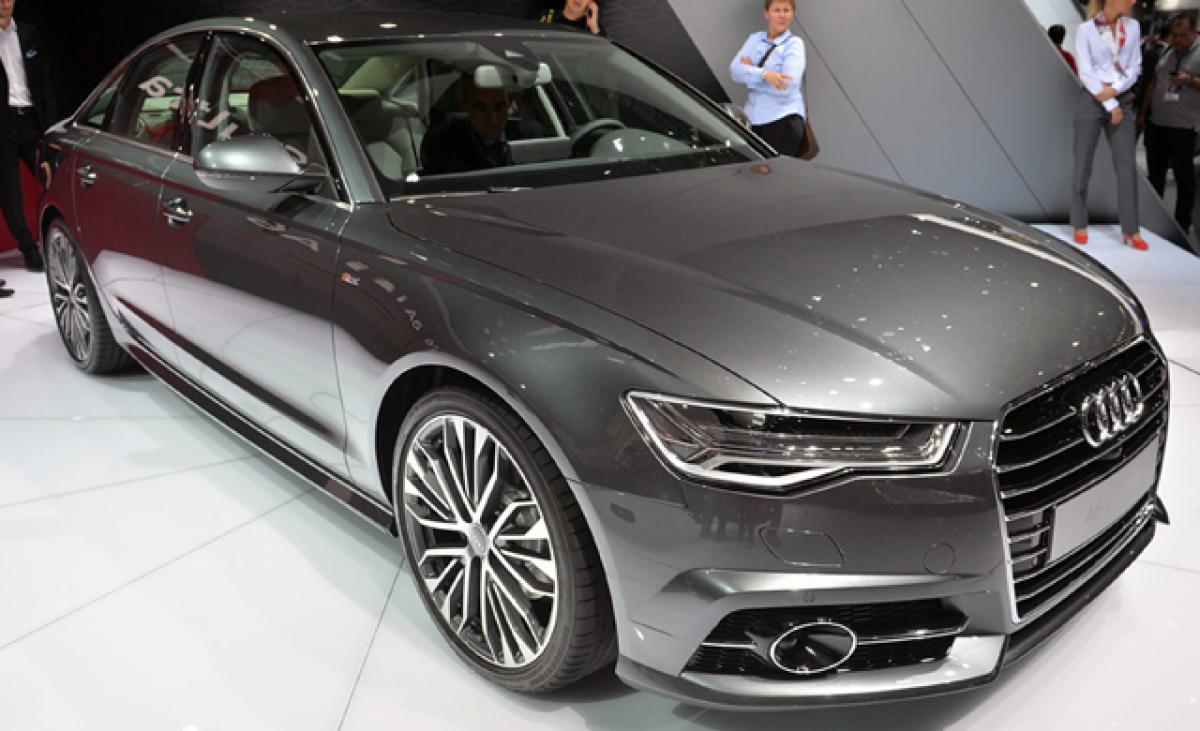 Audi to launch A6 2015 in India on August 20. Audi India has officially released the teaser image of the upgraded A6 on its Facebook page with the proposed launch date as 20 August.

Audi India has officially released the teaser image of the upgraded A6 on its Facebook page with the proposed launch date as 20 August. The new A6 sports the same design principles as those of the newly unveiled Audi TT that features a single frame grille and headlights with horizontal DRLs. The air inlets, bumpers, side sills, rear lights and tail pipes have been updated which adds up to a fresh new feel. As expected, the Matrix LED headlight has made its way to the new Audi A6 as an extra. Though the changes are limited to the exterior and are not easy to recognise, it is commendable that Audi has managed to give A6 a good enough mid-life facelift to go up against the likes of Mercedes-Benz E-Class and BMW 5 Series.

The interior is also spruced up with new seat and dashboard trims. The front seats are available with optional ventilation and massage functions in global market. Whether these features will be available in India remain to be seen.

Audi's MMI Navigation Plus with MMI touch comes with an eight inch monitor which has been updated with a new technology platform that uses the fast Tegra 30 graphics chip from Audi's partner Nvidia. There won't be any mechanical changes, meaning it will feature the same 2.0-litre, four-cylinder TFSI and TDI engines.

Both the engines come mated to a multitronic CVT gearbox that sends power to the front wheels of the car. However, the current 2.0TFSI is more likely to give way to the 1.8TFSI, which we saw in A3 sedan. With an array of changes in place, the new A6 range is expected to be costlier than the current model that is priced in the range of Rs 45.28 lakh to Rs 53.67 lakh, ex-showroom Delhi.