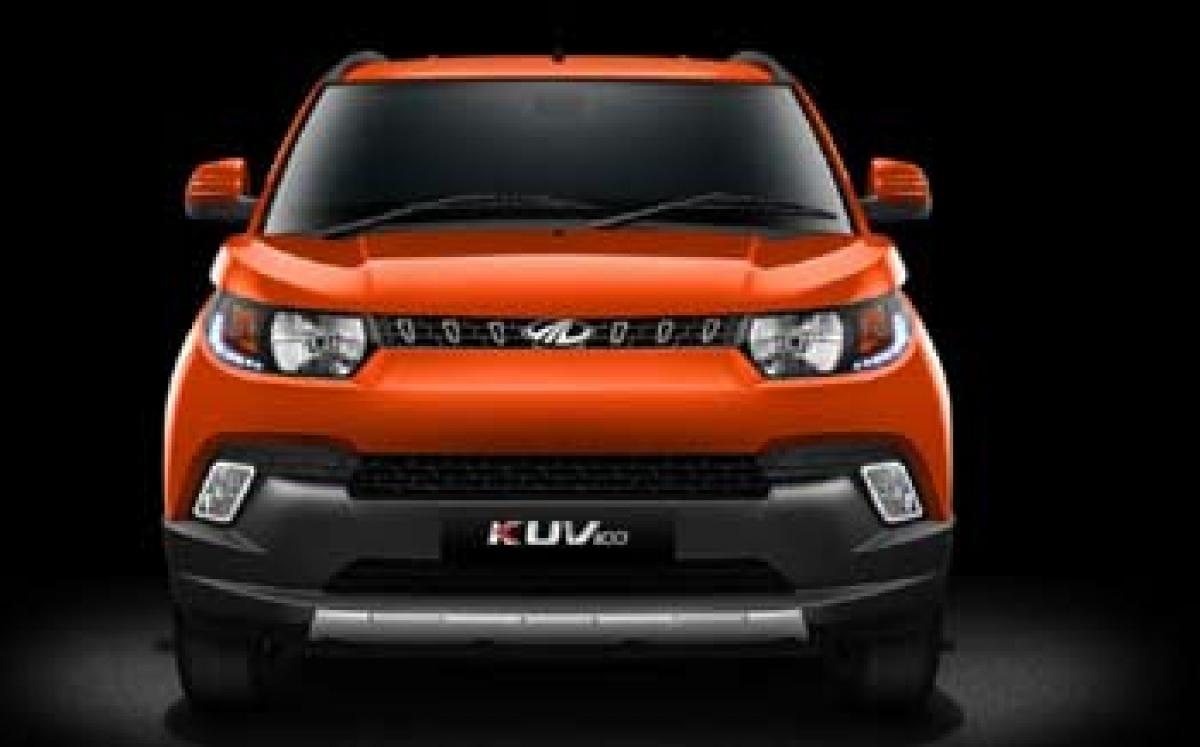 Mahindra and Mahindra is all set to launch its first passenger car in India in 2016 and it\'s something we\'ve been waiting for a long time - the KUV100. This will be the carmaker\'s third sub-4 metre vehicle for India, the first two being the Quanto and the TUV300.

Mahindra and Mahindra is all set to launch its first passenger car in India in 2016 and it's something we've been waiting for a long time - the KUV100. This will be the carmaker's third sub-4 metre vehicle for India, the first two being the Quanto and the TUV300.

With this mini-SUV, Mahindraplans to reach out to a new audience altogether and as Dr. Goenka said at the unveil ceremony of the car, it will target to attract the attention of first time buyers especially youngsters which is why they've called it the KUV100.

Mahindra brought in the name KUV100 - where KUV stands for Kool Utility Vehicle (KUV) and 100 signifies the series and the vehicle's position, which is now below the Mahindra TUV300 and XUV500.

The Mahindra KUV100 principally comes in four variants - K2, K4, K6 and K8, among these the K2, K4 and K6 variants also come with a "+" option, which offers some additional safety and comfort features. On the other hand the top-of-the-line K8 variant is equipped with all the premium features and safety offerings in the list.

Coming to the engine options, the Mahindra KUV100 comes powered by an all-new mFalcon range of petrol and diesel engines - mFalcon G80 and mFalcon D75 respectively. Now the mFalcon G80 is the first ground-up petrol engine developed by Mahindra in house at their Chennai Centre and it is also the lightest engine in its segment made up of an all-aluminium body.

According to Mahindra the new 1.2-litre petrol engine uses advanced technologies that offer high power density and fuel efficiency with power figures clocked at 82 bhp and 114 Nm of peak torque. On the other hand the all new oil burner - mFalcon D75, is a 1.2-litre turbocharged common rail diesel engine.

The motor has been built with similar advance technologies as the petrol unit, which makes it is capable of producing 77bhp and a peak torque of 190Nm. Moreover it gets a BS IV emission rating, while both the engines will come mated to a 5-speed manual transmission with no current plans for an AMT unit.

Mahindra promises a whole bunch of additions in the department of features when compared to rivals like the Maruti Suzuki WagonR and the Hyundai Grand i10. So expect the price to start somewhere around Rs 4.2 to Rs 6 lakh.