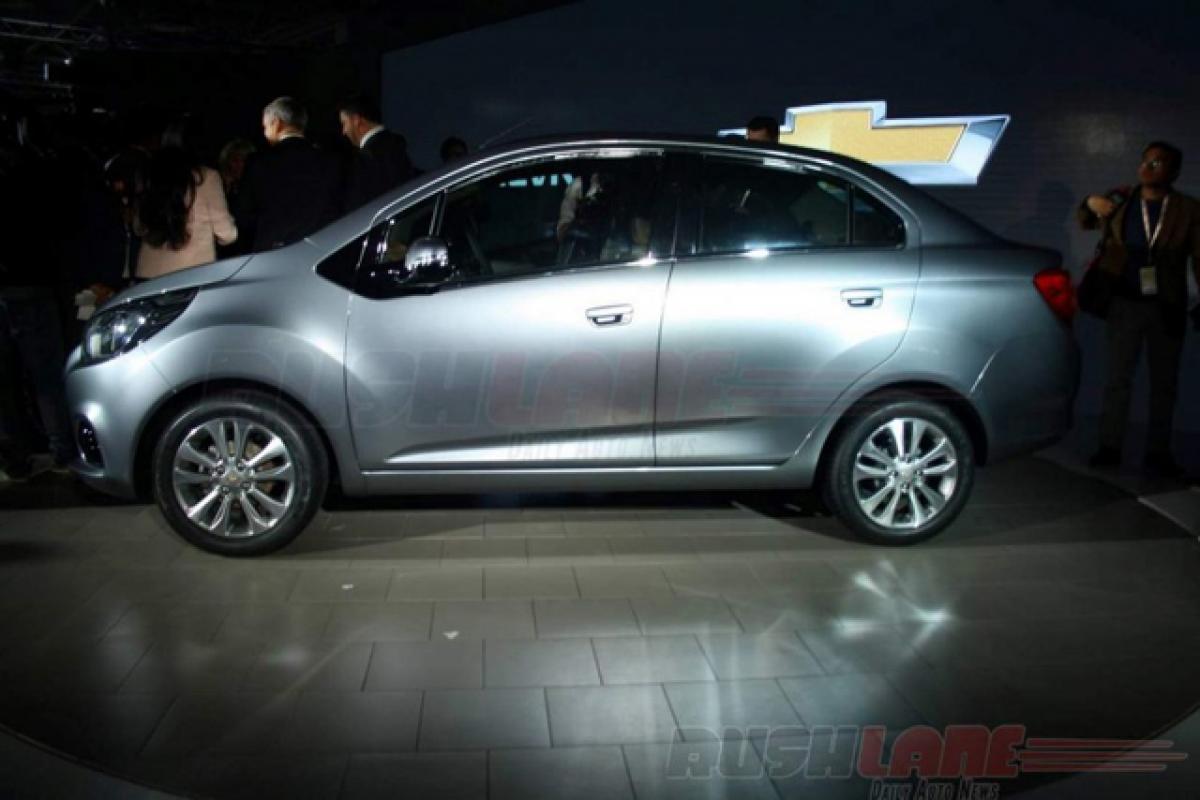 Chevrolet Beat Essentia, a sub- four-meter compact sedan has made its first public appearance at the 2016 Auto Expo. Noted to share much of its styling with the next generation Beat, the compact sedan will be based on the new-generation Beat’s M300 platform.

Sporting a number of exterior and interior accents also borrowed from the new Spark. Launch will take place in the first half of 2017 while the Chevrolet Beat Essentia will compete with Maruti Swift DZire, Ford Figo Aspire, Hyundai Xcent, Honda Amaze and Tata Zest.

Expected to launch in the country in 2017, the Chevrolet Beat Essentia will be offered in both petrol and diesel engine options, also seen powering the Beat hatchback. Beat Essentia is powered by a 1,199cc four-cylinder petrol engine capable of 77 bhp peak power and 106.5 Nm peak torque. It also gets a diesel engine in the form of a 936cc three-cylinder engine offering 56 bhp power and 124.5 Nm torque. Both these engines are mated to 5-speed manual transmission. You will also get an option of AT with the petrol variant.

No pricing details of the Chevrolet Beat Essentia compact sedan have been announced as on date and could be revealed some time later.