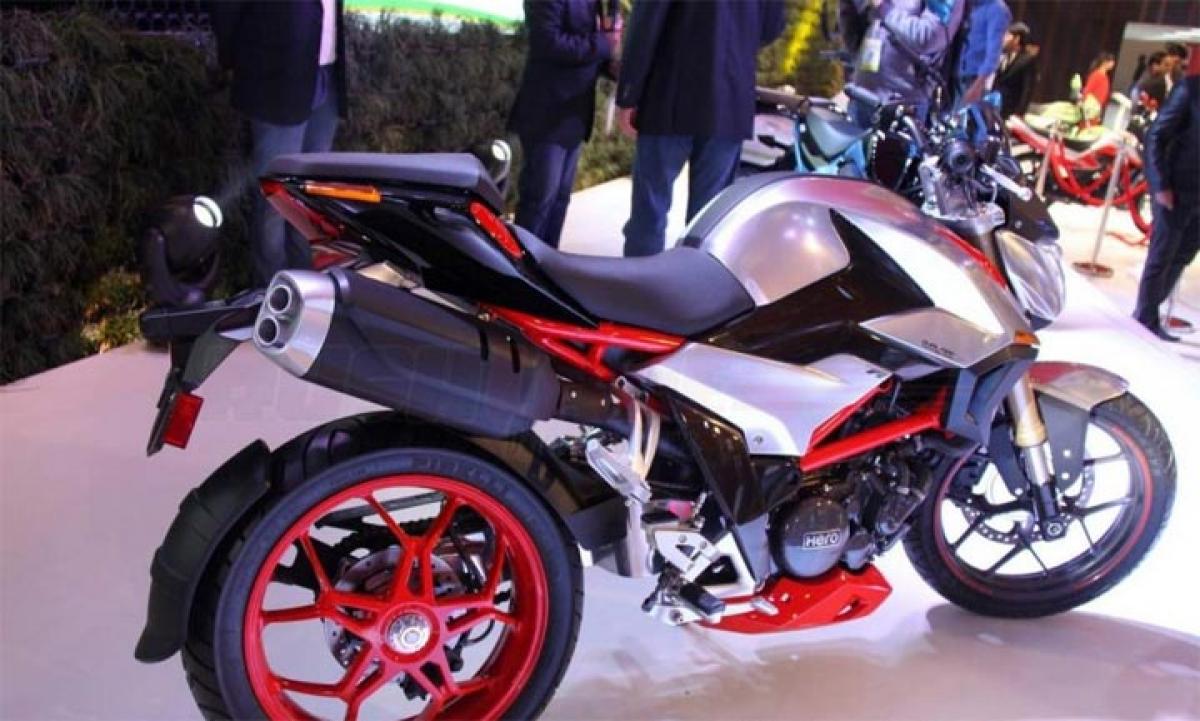 Features on board the new Hero XF3R concept include a single side swingarm, USD forks and a steel trellis frame. It sits on mesh type alloy wheels with Pirelli Sport Demon tyres, a fuel tank with extensions that sport air intakes while features also include turn indicators, single sides monoshock rear suspension and twin port exhausts along with LED tail lamps. Since Hero MotoCorp calls the Hero XF3R a ‘Design Concept Vehicle’, it will also receive state of the art styling while promising high performance.