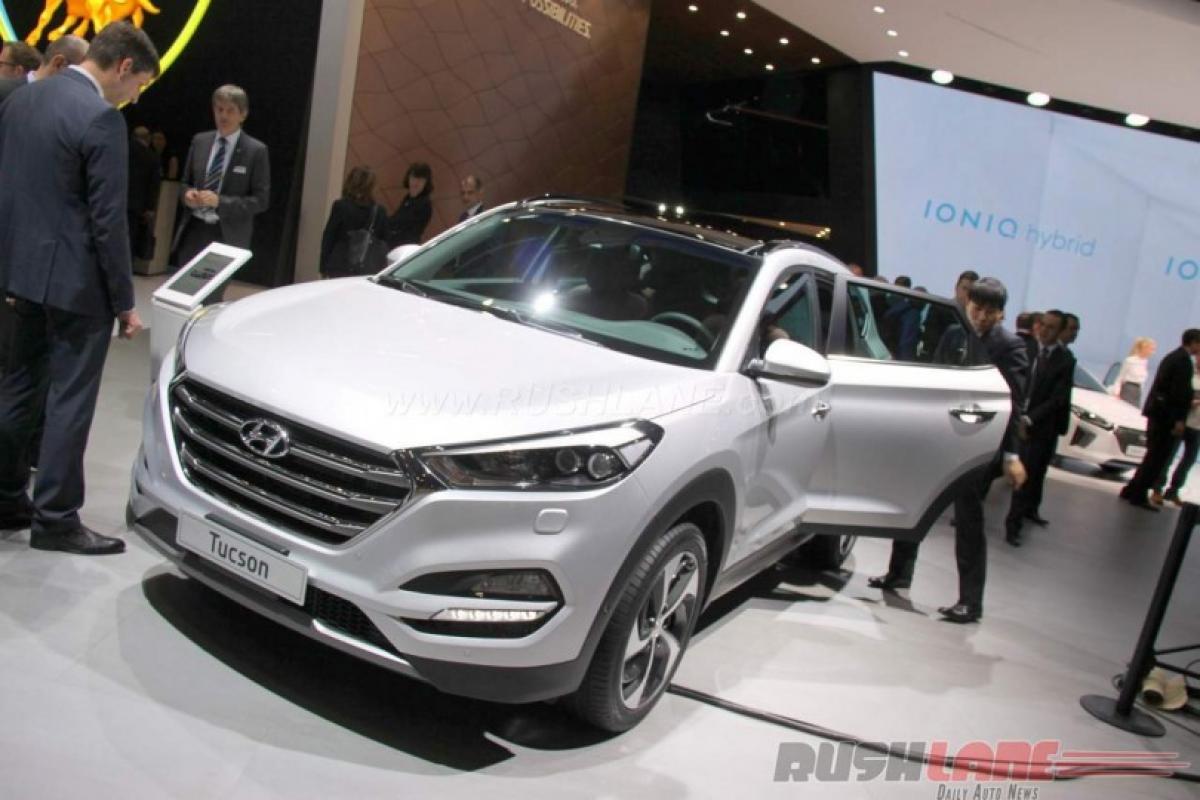 Hyundai Tucson 1.7L made global debut at the ongoing Geneva Motor Show. This is the sixth powertrain option to be on offer with the Tucson. The new motor is claimed to be efficient 1.7 litre turbo diesel engine mated to a seven-speed double clutch transmission (7DCT).

Hyundai claims that the new 7DCT offers 20% higher fuel efficiency with lower CO2 emissions and also comes with the Integrated Stop & Go (ISG). Apart from this, it also gets superior safety. Hyundai Tucson is considered as one of the safest cars in its segment and it already has maximum five star Euro NCAP safety rating to prove it.

Hyundai Tucson at 2016 Geneva Motor Show
Hyundai Tucson 1.7L also comes with a Autonomous Emergency Braking with pedestrian recognition which stops the car automatically as soon as a crash is predicted. Apart from that, it is also equipped with a Blind Spot Detection that alerts the driver of approaching vehicles and a Rear Cross Traffic Alert, which alerts the driver of approaching cross traffic within a span of 180 degrees.