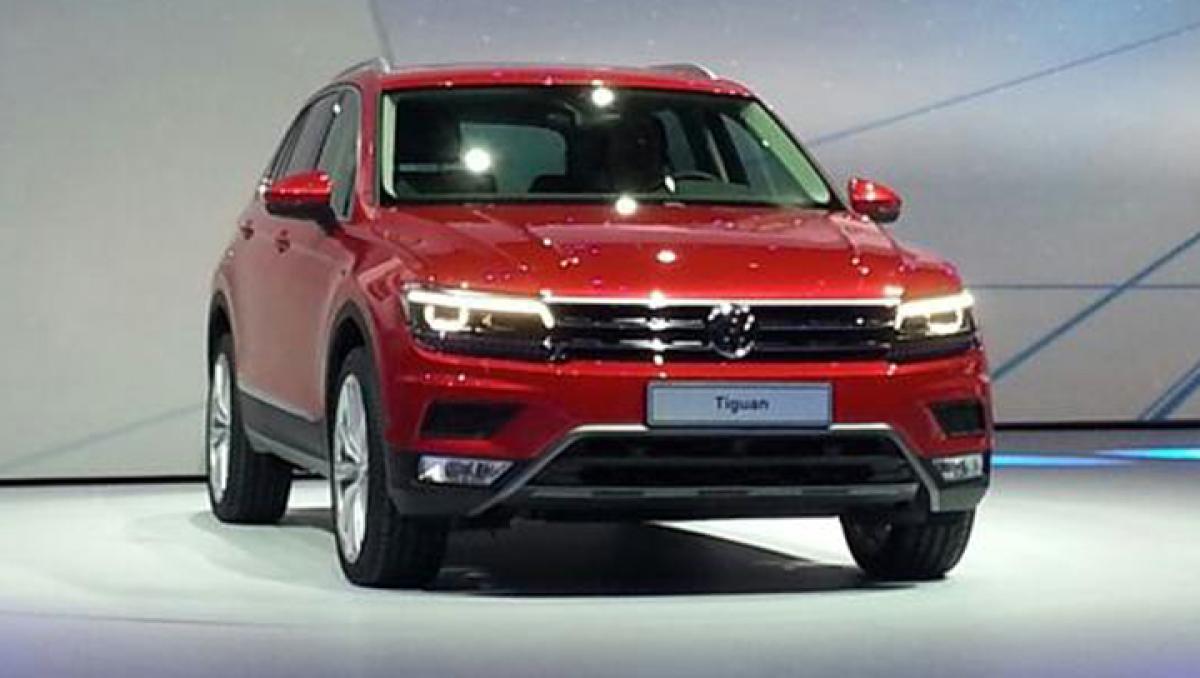 Volkswagen has launched the Tiguan crossover globally and will soon launch it in India as well. Its introduction in the Indian market will mean VW\'s entry into the compact SUV segment in India.

Volkswagen has launched the Tiguan crossover globally and will soon launch it in India as well. Its introduction in the Indian market will mean VW's entry into the compact SUV segment in India.

Now, in its second generation, the Tiguan boasts of an all new design, gets better equipment, and a refined engine lineup. It debuted at the Frankfurt Motor Show in September 2015 and was also shown at the 2016 Auto Expo last month. It is based on the MQB platform, making it lighter than the outgoing model. The crossover's design is influenced by the VW Cross Coupe GTE showcased at the 2015 Detroit Auto Show.

The cabin of the Tiguan is similar to the previous model's layout, but gets a premium design with new leather and other materials. VW might offer a five-inch non color infotainment display or an optional eight-inch infotainment touchscreen in the India-spec variant. The SUV also features a new three-zone automatic climate control system and the largest panoramic sunroof, which might make it in to the top-of-the-line variant.