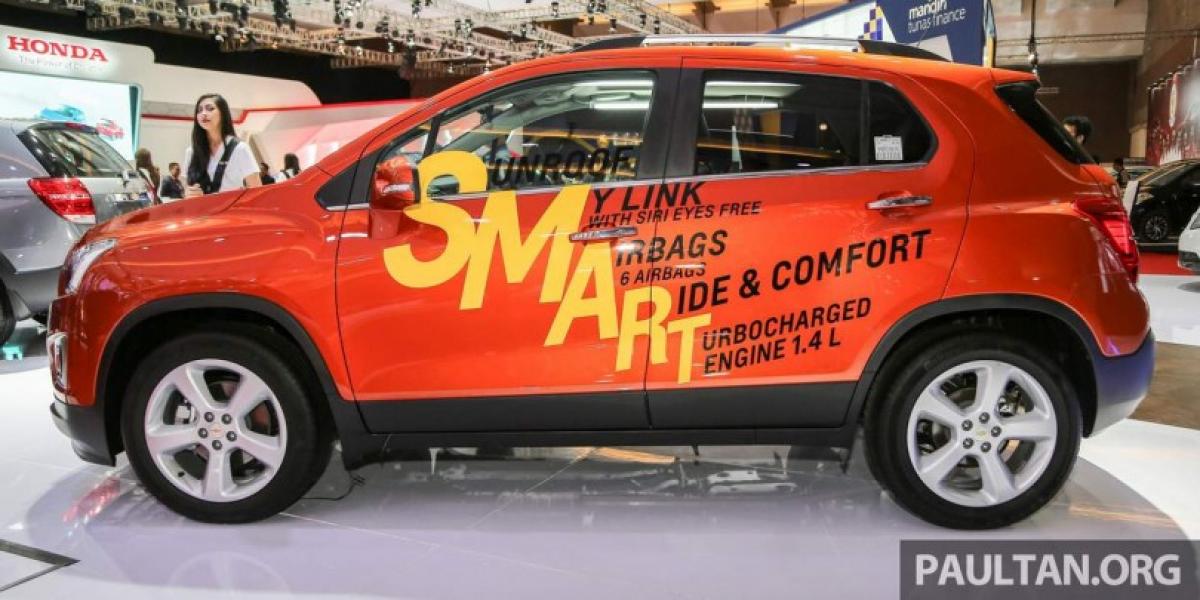 2016 Chevrolet Trax measures 4,248mm in length and will sit on an extended wheelbase that goes upto 2,555mm. Interiors are comfortable and spacious for upto 5 adults. Seats are in a 60:40 format and foldable to extend cargo area upto 1,370 liters. Besides storage space in the boot area, the new Chevrolet Trax also sees a total of 15 storage compartments in its cabin.

Infotainment is from an integrated audio unit with CD andMP3 player. Siri Eyes Free access to Chevrolet MyLink is also a part of the features on offer on the new Chevrolet Trax. It is for these reasons that the Chevrolet Trax is referred to as a SMART vehicle with Sunroof Electric sliding and tiltable, MyLink enternainment System with SIRI, a total of 6 Airbags and other safety features, comfortable and stable Ride and Turbocharged 1.4L ECOTEC engine with Triptonic.