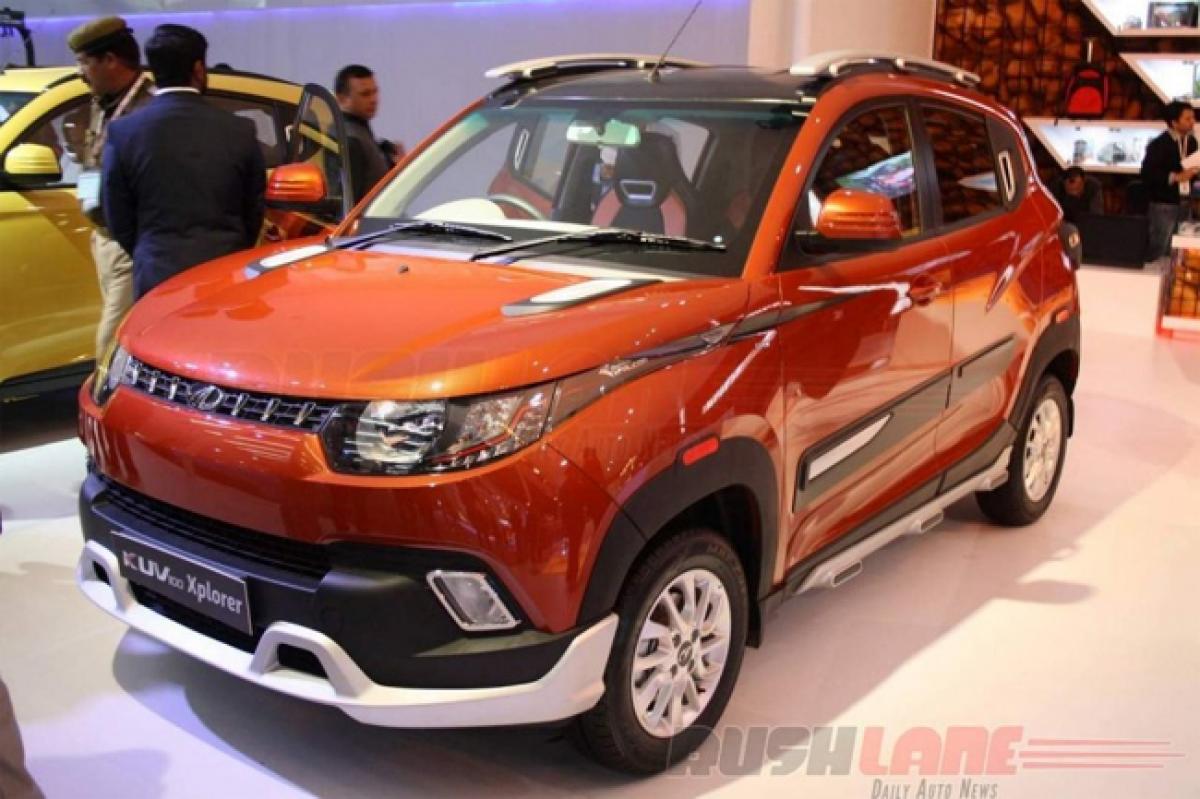 The KUV’s dashboard mounted gear lever makes way for an optional 6-seat configuration.The lack of updates for Bolero could be one of the reasons for its diminishing popularity.

The lack of updates and consistent inflow of new SUVs could be the reason for Bolero’s diminishing popularity.The rugged Bolero utility vehicle has been holding the title of best selling Mahindra for several years now, thanks to its popularity in the rural market. However, the KUV100 with its urban crossover appeal managed to edge past the Bolero in last month’s sales.

The compact crossover registered sales of 4,446 units in May 2016 which is 27 units more than what Bolero managed during the same period.The Bolero has been the best selling Mahindra for the last few years.

Yes, the difference is pretty narrow but it could be the start of a new sales trend. The KUV100 caters to a wide market segment encompassing B-segment hatchbacks and entry level variants of the sub-4 metre sedans. The existence of petrol variant also could be one of the factors for the KUV100’s popularity.

The KUV’s dashboard mounted gear lever makes way for an optional 6-seat configuration.The lack of updates for Bolero could be one of the reasons for its diminishing popularity. Mahindra is working on a minor model year update but it would take more than just a minor update to keep Bolero on the front lines in a market that is witnessing consistent inflow of SUVs.