Toyota Etios Facelift - This Is It, Almost! 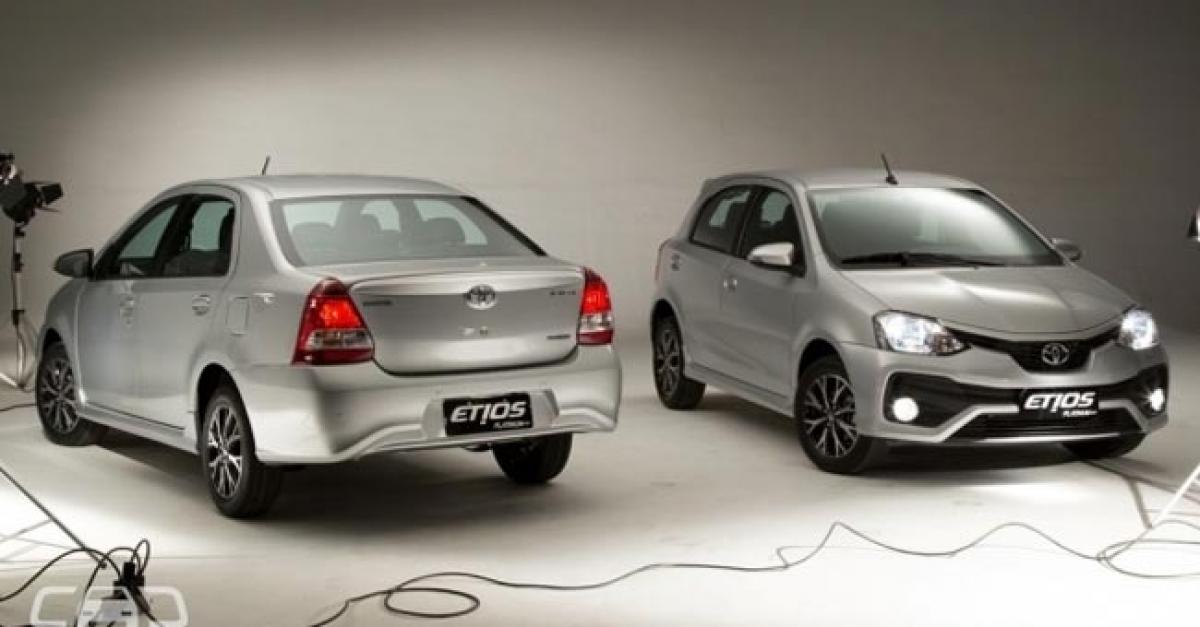 Toyota recently unveiled the Etios Platinum in Brazil. Both the hatchback and the sedan have gone under the knife, and we expect the update to be carried over to India with a few minor changes.

Toyota recently unveiled the Etios Platinum in Brazil. Both the hatchback and the sedan have gone under the knife, and we expect the update to be carried over to India with a few minor changes. For our market, we expect the Etios to be updated first, followed by its hatchback sibling.

The Etios or even the Liva for that matter have always had a no-nonsense, fuss-free design. The Japanese automaker hasn't bothered with an extensive makeover and only fixed what was needed. Updates include a set of new bumpers at either end, a new grille and new alloy wheels as well. We have to say that the updated face looks more aggressive and much nicer compared to the current iteration.

Over to the side, the new alloy wheels take centre stage, complemented by the side skirts, and the rear shows off the updated bumper. On the inside, the Brazil-spec car wears an all-black interior theme, with a dash of piano black on the centre console. Toyota has thrown in a new steering wheel and a new digital instrument cluster in the mix as well.

Now, let's talk of things that are unlikely to make their way to the Indian version. The body kit, that includes the side skirts, are likely to be skimped on. The alloy wheels are expected to be carried over from the existing Etios as well. On the inside, Toyota will stick to a more India-approved black-beige combo and use the same flat-bottom steering wheel as the current version.

Engine options will remain unchanged. The Etios will feature a 1.5-litre petrol and a 1.4-litre diesel engine that produce 90PS/132Nm and 68PS/170Nm, respectively. Both engines come paired with a five-speed manual gearbox only.