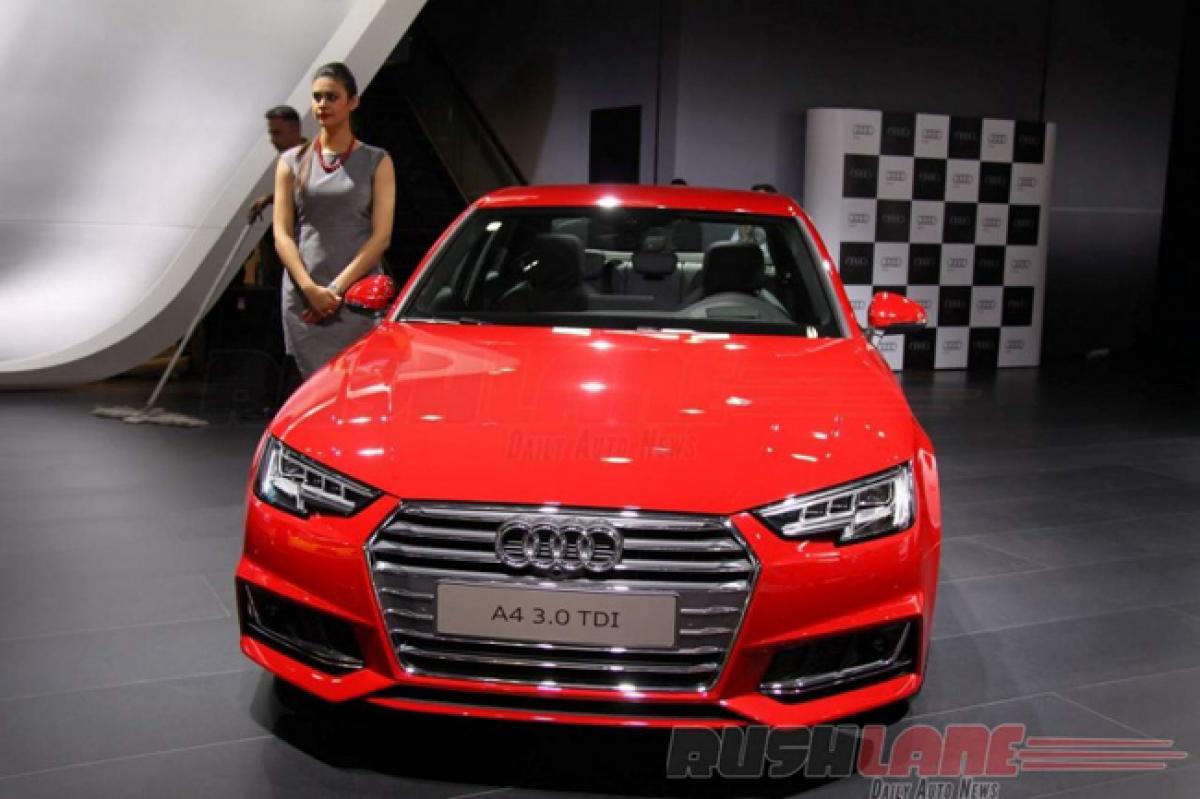 As the festive season approaches, the Indian car market is in for an influx of new models. We have put together a comprehensive list of upcoming cars in 2016 and here is the part 1 .

As the festive season approaches, the Indian car market is in for an influx of new models. We have put together a comprehensive list of upcoming cars in 2016 and here is the part 1 .

The new gen Audi A4 which is based on a significantly superior platform compared to the outgoing car is all set to launch in India later this month. The Mercedes C Class rival is expected to be available only with a 1.4L TSI turbo petrol engine in the beginning. A diesel variant with 2.0-litre unit is reported to be available few months later.

A redesigned front and rear fascia, evolved profile and an all-new interior are the product highlights. The car also gets Audi Drive Select and Audi Virtual Cockpit digital instrument console.

Next iteration of the Chevrolet Beat small car for India will be a lot different from the international version when it comes to underpinnings but the design is expected to be pretty close. The new Beat will spearhead GM India’s turnaround strategy as the new products based on the emerging market platform is reported pushed to the back burner for the country.

The next gen model is expected to carry forward the 1.2-litre petrol and 1.0-llitre diesel engines. Manual transmissions will continue to be the standard offering.

The Beat Activ is essentially a Beat with rough road package. The concept which was unveiled at the Auto Expo earlier this year shows that the Activ will feature new front and rear bumper, lower body cladding all around, exclusive alloy wheel design, roof rail, spoiler, and new interior color theme.

We expect at least one of the two products (Beat and Beat Activ) to be launched before the end of 2016. The Activ will be positioned well below the existing hatchback crossovers like VW Cross Polo, Toyota Etios Cross, Hyundai i20 Active and Fiat Avventura.

Showcased as a concept at the Auto Expo, the Avventura Urban Cross is a spruced up soft crossover with inputs from DC Design. The primary difference between the Urban Cross and the existing Avventura is the lack of tailgate-mounted spare wheel.

While that interesting chrome grill detailing is expected to make it to the production model, the futuristic LED headlamps may be watered down. The soft crossover will be available with the 90 PS version of the 1.3-litre MultiJet diesel engine. The 1.4-litre petrol engine is also a likely candidate.

The Accord is all set to make its rentry into India after a long sabbatical. This time, the D-segment premium sedan will be available only in Hybrid avatar. The Accord Hybrid is powered by a 2.0-litre petrol engine which is supported by an electric motor.

The combo is paired with an e-CVT. Combined power output stands at a healthy 196 PS. The Accord Hybrid will be benefiting from the Indian government’s FAME scheme and will be pitted against the Toyota Camry Hybrid.

The Brio hatchback has been neglected by the automaker and there were no significant updates after it received an automatic transmission a few years ago. A facelifted version has already been launched in international markets and Honda is likely to bring it here before the end of this year.

Redesigned headlamps, grille, bumpers and a chrome strip on the hatch door are the exterior changes. The new dashboard is borrowed from the Amaze facelift and is in line with more upmarket Hondas. We don’t see any changes to the powertrain and no, the diesel variant is not in the offing.

The all-new Elantra is expected to be launched later this month. The latest iteration witnesses a significant shift in design ideology and looks more matured. The same is the case with the cabin which derives its design from bigger Hyundais. We can also expect several new additional features.

The new Hyundai Elantra is expected to be powered by 2.0-litre petrol and 1.6-litre diesel engines. Both manual and automatic transmissions will be on offer.

The Tucson crossover is a part of Hyundai India’s crossover onslaught. The company wants an SUV in every important segment. The new Tucson with sharp styling and upmarket features will slot below the Santa Fe and above the Creta.

The Honda CR-V rival is expected to sport a 2.0-litre diesel engine which could be mated either to a 6-speed manual or a 6-speed automatic transmission. The crossover is most likely to be assembled locally.

Hyundai Elite i20 AT

The automatic version of the popular Elite i20 hatchback has been in the news for quite some time now. While the launch is slated for this festive season, it is still unclear whether the 4-AT unit will be mated to the existing 1.2-litre petrol motor or the 1.4-litre petrol motor which was available in the previous generation.

JLR India has already updated its official Indian page with the details of the F-Pace. Jaguar’s first ever crossover will be available in three variants and two engine options.

The Pure and Prestige variants will be propelled by a 180 PS 2.0-litre four-cylinder diesel engine while the range-topping R-Sport will boast of a 3.0-litre V6 diesel engine with 300 PS on tap.